Borno Governor, Babagana Zulum, has assured that he was in good shape despite the Baga attack on his convoy. A barrage of gunshots ren... 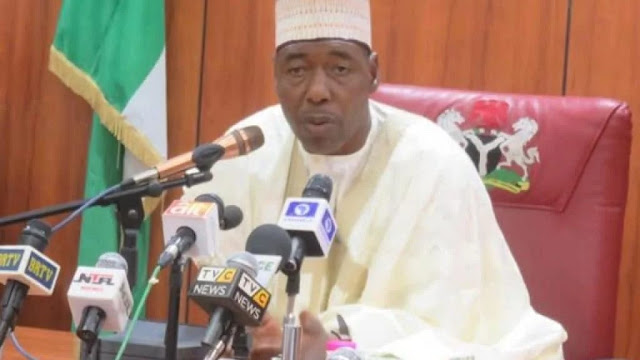 Borno Governor, Babagana Zulum, has assured that he was in good shape despite the Baga attack on his convoy.
A barrage of gunshots rented the air as the governor visited Baga town in Kukawa Local Government on Wednesday.
Zulum said he remains unshaken and will continue to perform his duties without fear.
He spoke on Saturday through his spokesman, Isa Gusau.
“The governor remains unfazed, unshaken. The well-being of Borno people are his top priority and he will continue to work in their best favour”, Gusau said.
Zulum thanked all Nigerians for their solidarity and prayers.
He appealed to citizens to be security conscious and to continue to adhere to all COVID-19 safety protocols.
Meanwhile, the Shehu of Borno, Abubakar Ibn Umar Elkanemi, has declared that leaders and citizens of the state are not safe.
The monarch spoke at the weekend when he paid Sallah homage to Zulum at the Government House, Maiduguri.
Shehu said: “Your Excellency, we are not happy about what happened in Baga. It is very unfortunate and a great pity. If the convoy of the Chief Security Officer of the state could be attacked, then wallahi nobody is safe.”
On the COVID-19 pandemic, he advised Borno citizens to continue to adhere strictly to all protocols announced by health experts.
Shehu, however, lamented on the high rate of incessant tree-cutting in the state.
He warned of environmental problems and urged the authorities to stop the trend.
Zulum expressed gratitude for the visit and assured of government’s readiness to address issues raised.