The police in Ogun State have launched a manhunt for one Feyisola Dosumu who they described as a serial killer, causing havoc in Iperu, ... 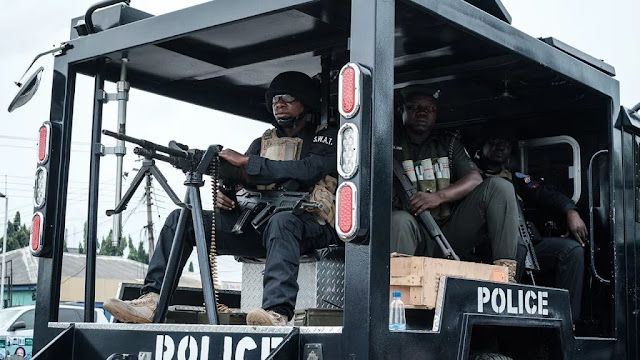 The police in Ogun State have launched a manhunt for one Feyisola Dosumu who they described as a serial killer, causing havoc in Iperu, the hometown of Governor Dapo Abiodun.
It was learnt that residents of Abiodun’s hometown are yet to recover from the trauma that gripped them when the alleged serial killer went on a killing spree on Tuesday.
It was gathered that the young man, had allegedly hacked no fewer than three persons to death at Iperu and a nearby community.
Dosumu, it was gathered, is an alleged notorious cultist and drug addict.
On Tuesday, he was said to have killed two persons, one each at Iperu and Ogere, all in Ikenne Local Government area of Ogun State.
The said Dosumu, who is popularly known as Spartan, was reported to have hacked a nursing mother to death with a machete at Ogere.
After this, he reportedly killed a security guard attached to a poultry farm at Iperu Remo.
It was gathered that the new Commissioner of Police in the state, Edward Ajogun, had visited Iperu and Ogere over the unfortunate incident.
Less than two weeks ago, Dosumu was reported to have visited a farm at Iperu, killing about 100 chickens.
Residents of Ogere and Iperu are still in fear as the wanted Feyisola was said to have threatened to kill as many as possible.
Speaking, the Ogun State Police Spokesperson, Abimbola Oyeyemi, disclosed that the police were quite aware of the incident.
Oyeyemi said that some tactical squads have been deployed to the area so as to fish out Dosumu.
According to him, the police are on top of the situation, adding that the man is already on police wanted list.
He said policemen are already combing everywhere to get Dosumu arrested.
Oyeyemi assured that the suspect would soon be apprehended “to pay for his grievous offence.”