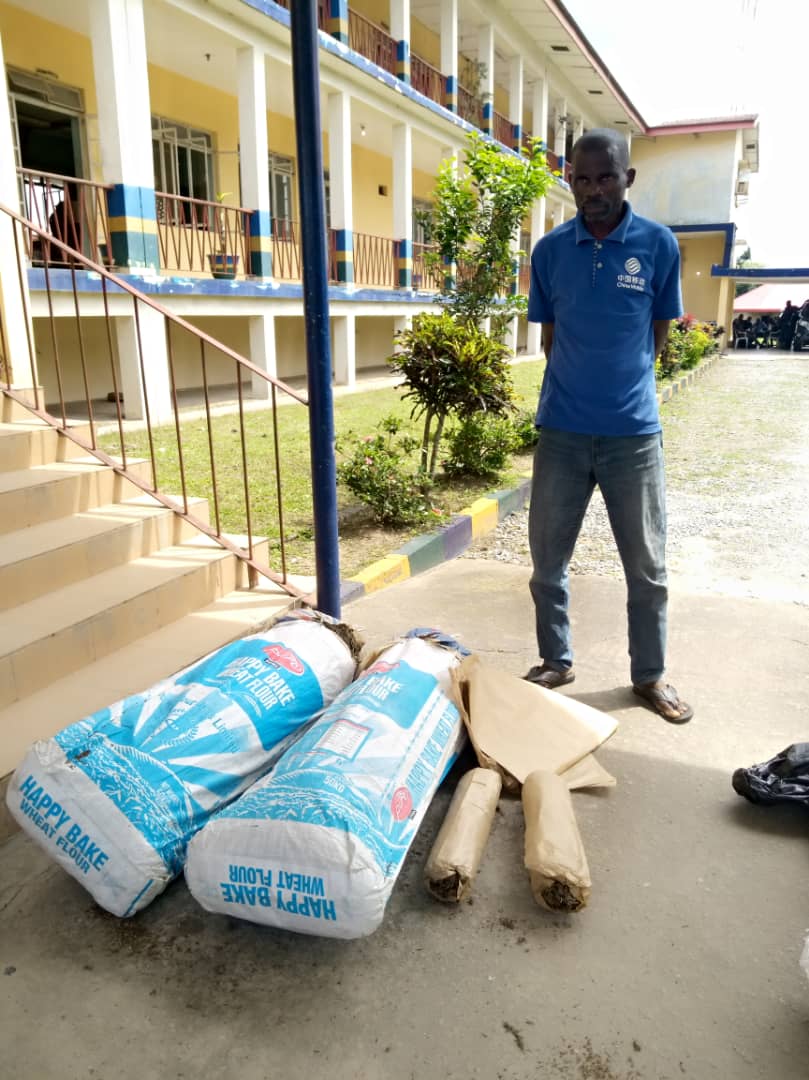 The suspect was apprehended with 200kg of the substance (Indian hemp) on Tuesday at Egerton Street in Calabar South local government area of the state.

Confirming the arrest, the Cross River State Commissioner of Police, CP Abdulkadir Jimoh regretted the action of the suspect noting that at his age, he ought not to have been involved in this act.

“It was unfortunate for such an elderly man to engage in the wholesale and distribution of marijuana” explaining that the suspect, Ekeng Asuquo who deals in the illicit distribution of Indian hemp was arrested on intelligence made available to the Police.

“He is one of the people that encourage criminals and notorious persons in our community and the entire state because most of them use this substance and illicit drugs to perpetrate heinous crime.

“He is a Baron and a leader of a cartel who has chains of other distributors, with the quantity we recovered, it shows that his chain of distribution is large.

“His intentions are to destroy the lives of the youth and boost the activities of criminals in the state. My appeal to parents is to caution their children to desist from patronizing such people because it will render them mentally imbalance and lead them to crime.

“We are working assiduously even with the Endsars protest, we are ensuring that lives and property are protected no matter what,” he said.

Speaking with newsmen, the suspect (Ekeng Asuquo) said he doesn’t know the content of the bag adding that he only kept it for a friend.

“I am not a drug Baron, I only received the bag from a friend of mine whose name is Godwin, he told me it was crayfish, I have never been involved in drug neither do I sell it,” he said