A Nigerian Air Force (NAF) personnel has lambasted some police operatives for shooting at unarmed civilians. The face-of reportedly occurr... 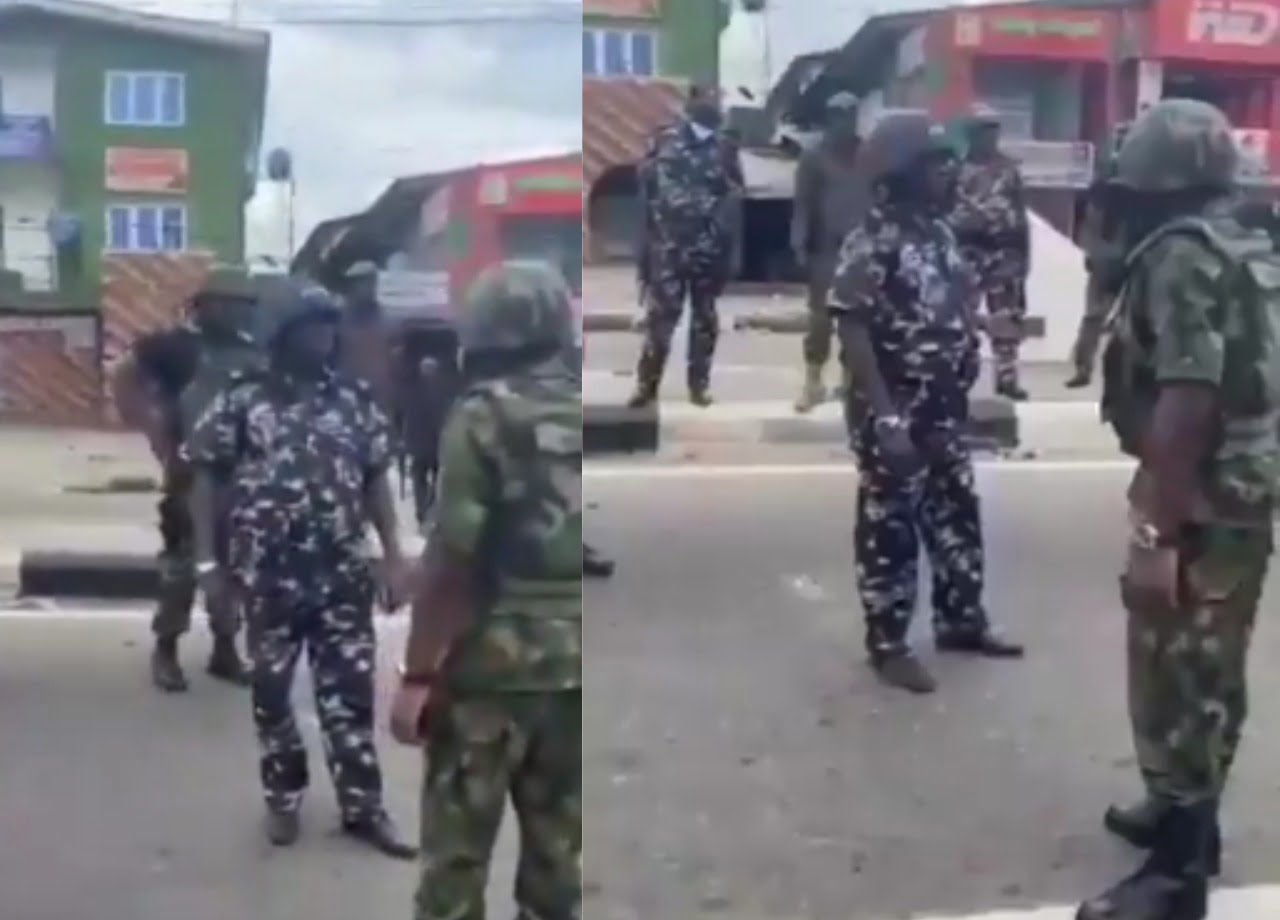 A Nigerian Air Force (NAF) personnel has lambasted some police operatives for shooting at unarmed civilians.

The face-of reportedly occurred in Calabar, the capital of Cross River on Saturday.

A mob had emptied a warehouse where COVID-19 palliatives were stored.

Hundreds of people, including the young and old, helped themselves to several food items.

The situation led to the deployment of police units to different parts of the state.

In a trending footage, the NAF officer angrily addressed the leader of the policemen at a location.

“Listen to me let me talk. If you don’t know my rank let me show you. As a professional officer, bloody wait and listen.”

He then ordered one of his men to record the encounter.

“Gentlemen, someone record what I’m saying so that when I’m going to charge you, I will charge you even to your Force Headquarters.

“I said stop shooting. I have appealed to them (protesters) to move back…you people continued shooting.

“I said move your vehicle behind the Air Force men so that I will serve as a buffer between you and these people. Your guys have refused since how many minutes I have been here.

“Now, I am giving you a direct instruction, move your vehicle behind the Air Force vehicle, the Air Force is going to serve as a buffer between you and them.

BREAKING: After emptying their COVID19 palliatives warehouse, Calabar youths in Cross River gather in front of soldiers to sing the national anthem and chant #EndSARS!!#2023ElectionforYouthpic.twitter.com/8qAXE5oauo