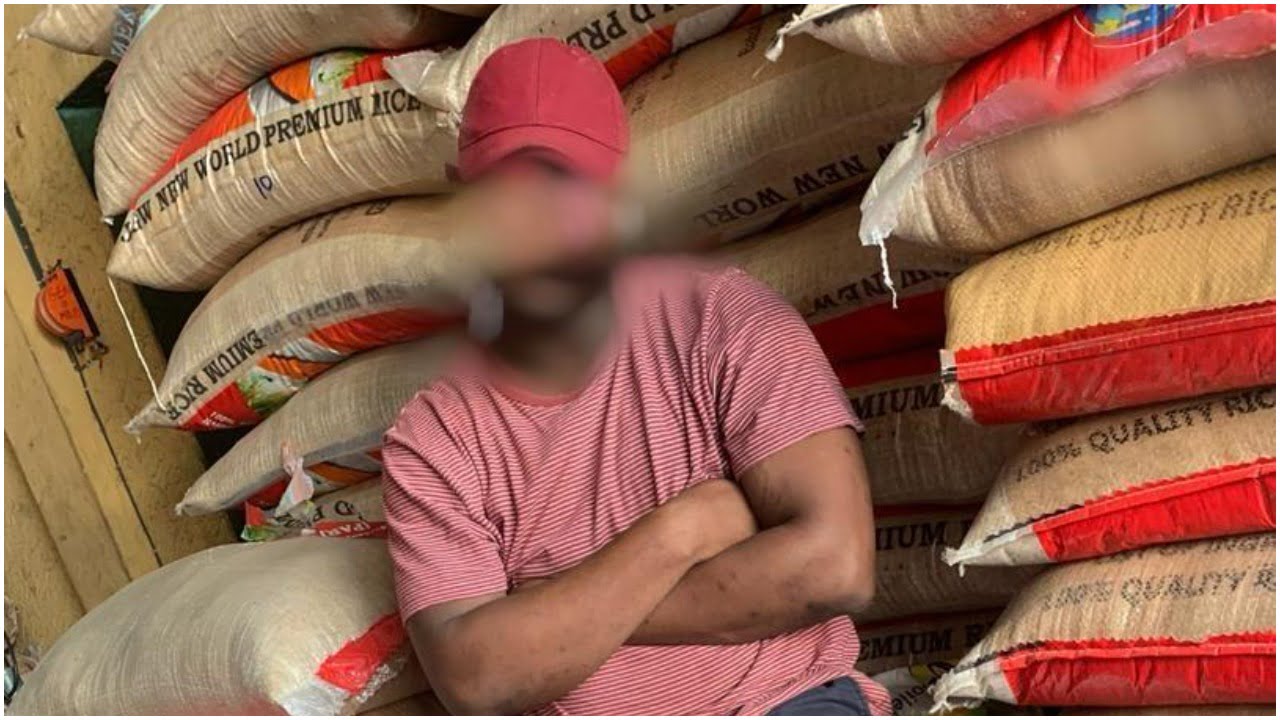 Following the continued strike by the Academic Staff Union of Universities, ASUU, a student of Olabisi Onabanjo University, OOU, Oyekanmi Oluwasegun has ventured into rice business.

ASUU has been on strike since March as the government and the union failed to reach an agreement.

This has continued to hinder students from returning to their respective institutions.

In an interview, Oyekanmi said ASUU strike led him to start selling rice because he hates to be idle.

He now sells Nigerian rice in bags at Daleko Market, in Mushin.

When asked why he ventured into the business, he said: “My family loves trading, so this ASUU strike period is an opportunity for me to resuscitate my passion for trading which I lost while growing up. When opportunity meets determination, it’ll look as if you’re the best wherever you find yourself.

“I love mobility, therefore, I refused to remain stagnant. Continuity is my watch-word, it is either this strike may or someone’s future, it now depends on how you choose to design it for yourself.”

When asked whose side he supports between the government and ASUU, the student of OOU said he was not on the side of government due to the adverse effects ASUU strike has had on students, even as he urged the government to quicken decision-making with the Union to call off the strike.

“Well, as a student, you don’t expect me to be on the side of the government because I know the kind of adverse effects this is having on my fellow students.”

He noted that though rice business is a lucrative one, he would love the strike to be called off, so he can go back to school, graduate and return to the business.

“Truthfully, it is a lucrative business, the amount involved in setting it up is huge and the growing concern is very viable. So, it is two ways entirely. You can’t expect me to prioritize business to my education, one step at a time.

“Going back to the rice business after graduation doesn’t make me an illiterate, but I see it as a way of developing myself more.

“In Yoruba language, there is a saying that ‘Ona Kan O Woja’ which means there are many ways to achieve your goals, even the government is working on economic diversification,” Segun said.