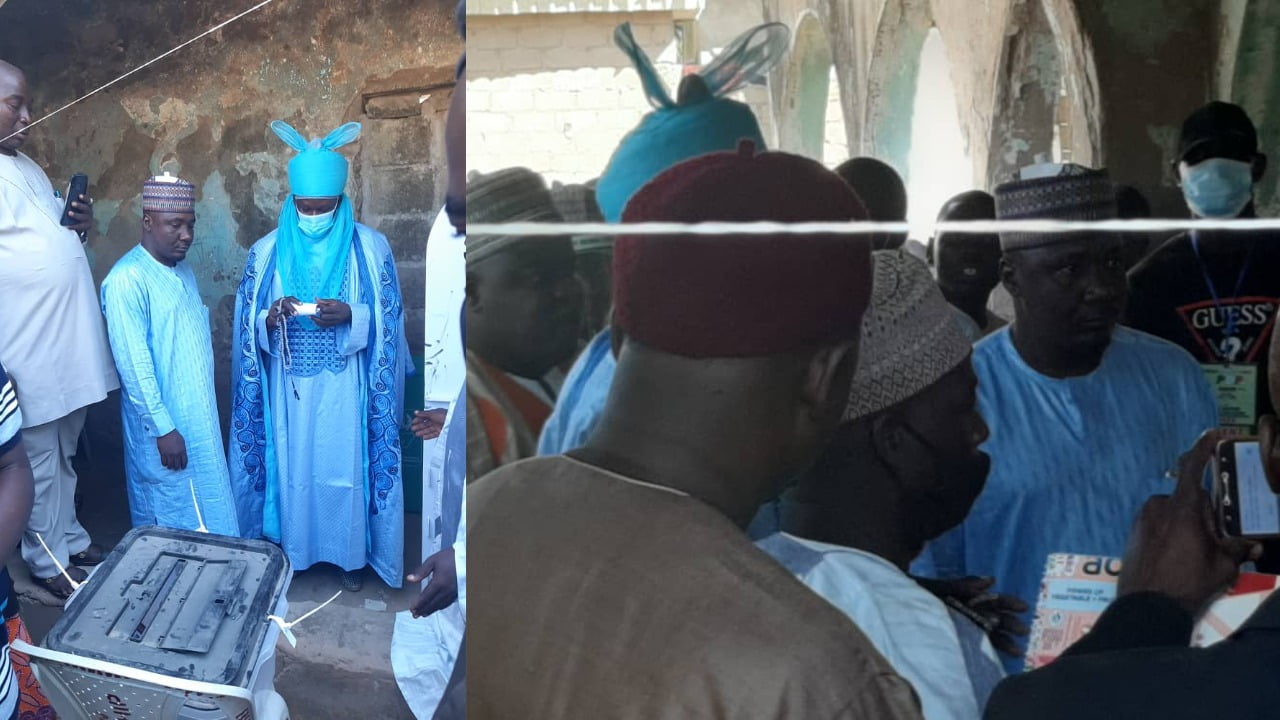 This is even as journalists observed an impressive voters’ turn out for the election being held to fill the constituency’s vacant seat following the 13th August 2020 murder of the former occupant of the seat, Hon Musa Mante Baraza.

Speaking with journalists shortly after casting his vote at the polling unit near his palace, the first-class Emir hailed the early arrival of electoral materials and expressed confidence that the election would be free and fair.

The royal father said he was overwhelmed with the large turnout of voters, who he noted were casting their votes peacefully.

He, however, prayed that the election would end peacefully and urged his subjects to remain calm.

On his part, the Special Adviser on Civil Servants and Labour Matters to the state Governor, Abdon Dalla Gin, also commended INEC for better logistics arrangement, saying it has made the exercise easier.

Abdon Gin said this after he voted at the Social Welfare polling unit in Bundot ward, adding that from the reports he had received so far, the exercise was well arranged.

He said reports indicated that voting materials were distributed early enough to ensure the smooth conduct of the bye-election.

The governor’s aide who also commended the security arrangements put in place submitted that “With what is on the ground, there is no room for breach of peace. You can see how people are behaving themselves orderly.”

He, however, expressed optimism that the People’s Democratic Party (PDP) would win the bye-election, hinging his optimism on the fact that the party campaigned at all the nooks and crannies of Dass LGA as well as the giant strides being achieved by the party-led state government across the state.

DAILY POST reports that accreditation of voters and voting were conducted simultaneously at all the polling units visited so far, making the exercise seamless.