Abia State Governor, Okezie Ikpeazu has directed security agencies in the state to check the activities of touts who block the highways, e... 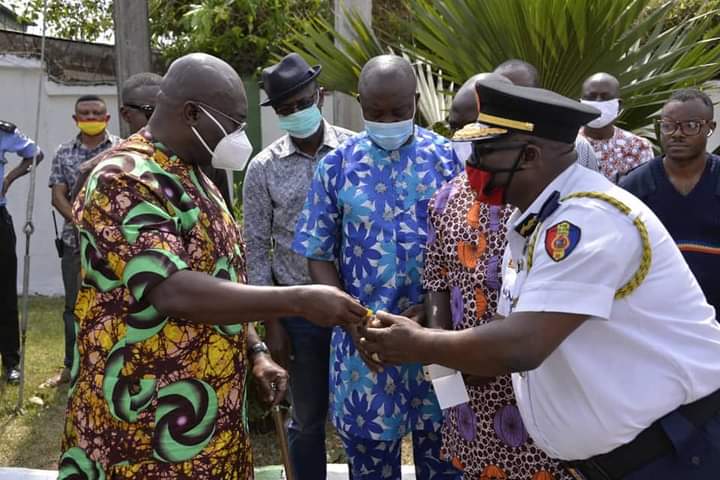 Abia State Governor, Okezie Ikpeazu has directed security agencies in the state to check the activities of touts who block the highways, extort money and embarrass the government through their illegal activities.

The Governor gave the directives on Friday while handing over patrol vehicles to the Ministry of Homeland Security Watch, the Nigerian Security and Civil Defense Corps as well as a fire fighting truck to the Abia State Fire Service at the Government House Umuahia.

The Governor said the gesture is to further enhance the other security agencies in the state to ensure that every inch of Abia is adequately policed.

He charged the Homeland Security Watch to join the other security agencies to protect Abia citizens from molestation while urging the Civil Defense Corps to especially focus on stamping out the menace of cultism in the state.

Ikpeazu who recalled the unfortunate burning of a fire truck by hoodlums recently in Ariaria Aba, directed the State Commandant of Abia Fire Service to dedicate the new truck to Aba environ to help check fire incidents during the yuletide.

He also ordered the Commandant of Abia Fire Service to immediately clear all illegal occupants within the Aba premises of the Service or have the premises taken over by Government.

Responding on behalf of other beneficiaries, the Commissioner for Homeland Security, Prince Dan Okoli, appreciated Governor Ikpeazu for his interest in boosting the security of the state and assured that they will liaise with other security agencies to make Abia safe.