No fewer than two women have died when a vehicle skidded off the road and plunged into a swampy ditch in Ogun State. Saga Gist reports tha... 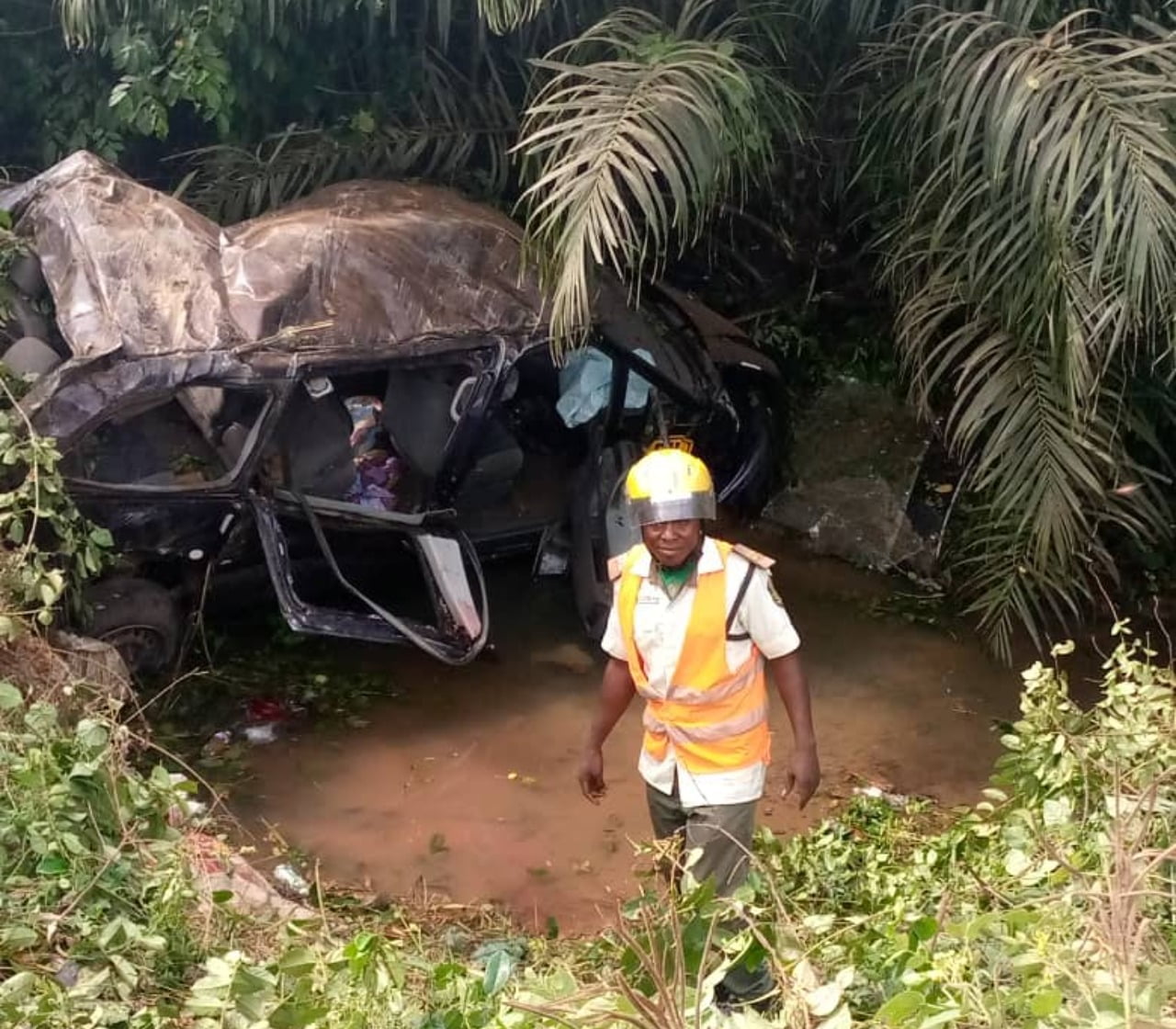 No fewer than two women have died when a vehicle skidded off the road and plunged into a swampy ditch in Ogun State.

Saga Gist reports that the incident occurred at 11:20pm on Monday at Fidiwo axis of Lagos-Ibadan highway, inbound Lagos.

It was gathered that the vehicle, a Sharon space bus with registration number, YEE 202XA, was on high speed, causing the driver to lose control.

It was learnt that two men, four women and a female kid were involved in the accident.

Aside from the two dead victims, four others sustained injuries in the ugly incident.

Confirming the incident, Ogun Traffic Compliance and Enforcement (TRACE) corps Spokesman, Babatunde Akinbiyi, said the injured victims, a man and three women, were taken to Victory Hospital, Ogere by officers of the FRSC, while the dead were taken to FOS Morgue, Ipara Remo, all in Ogun State.

Akinbiyi confirmed that, “the driver was on excessive speed before it suddenly lost control of the vehicle and skidded off the road into a ditch, with two female adult passengers on board the commercial bus, dying on the spot.

“Four injured passengers have been taken to Victory Hospital Ogere, while the two dead adult female bodies have been deposited at FOS Morgue, Ipara-Remo.

“As at the timing of filing this report, it can’t be confirmed if the female kid’s mother was among the dead,” Akinbiyi informed, warning motorists against excessive speed.