The Governor of Abia State, Okezie Ikpeazu has formally flagged off the construction of the Umuaro-Nenu road in Obingwa Local Government A... 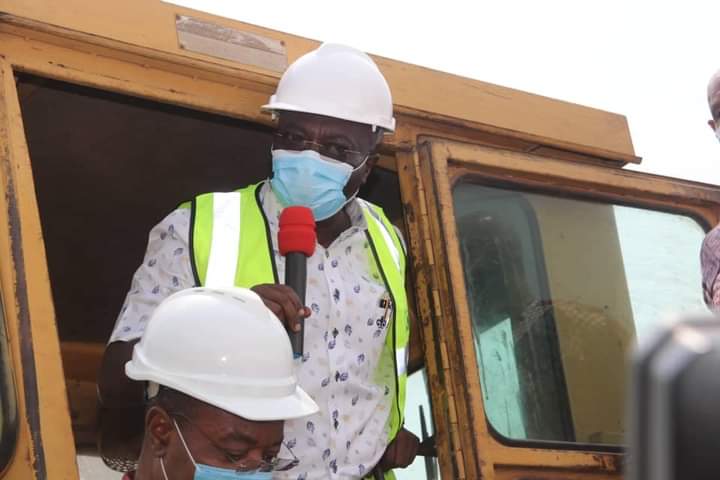 The Governor of Abia State, Okezie Ikpeazu has formally flagged off the construction of the Umuaro-Nenu road in Obingwa Local Government Area of the state.

Governor Ikpeazu speaking while flagging off the road, said the road will be extended to 10 kilometres to link Akwa Ibom State, pointing out that the road has tremendous economic value as neighbouring States of Akwa Ibom and Cross River would now have access to markets in the area and beyond.

He promised that the road will stand the test of time when constructed, assuring that the contractor will not leave the site until the job is completed.

The Commissioner for Works, Bob Chiedozie Ogu said the 6.5 kilometres road will be expeditiously worked on, assuring that the road will enhance the quality of life of the people of the Mgboko Umuanunu Ancient Kingdom, Obingwa and Abia State as a whole.

Also speaking at the event, the Federal Commissioner representing Abia State at the Revenue Mobilization, Allocation and Fiscal Commission (RMFAC), and former Deputy Governor of the State, Dr. Chris Akomas thanked Governor Ikpeazu for flagging-off the construction of the road few days after making the promise.

He appealed to the Abia Governor to expand the culverts on the road and promised that youths of Nenu community will support the contractor to realize the project.

Akomas who is a son of Nenu community also asked the contractor to take special look at some points on the road where flooding occurs.

He made it clear that history will remember Governor Ikpeazu for building the first ever tarred road into Nenu community.