APC leader in Alimosho. and Lagos State Organizing Secretary, Abdullah Enilolobo debunked the  rumour going around that he raised money for ... 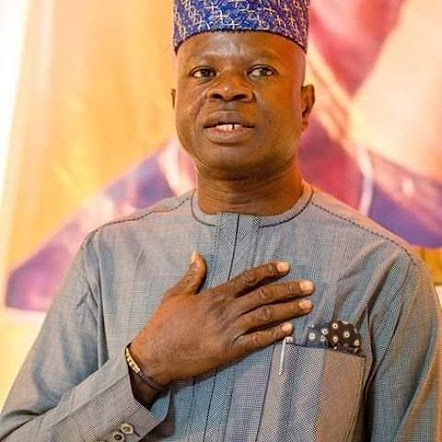 APC leader in Alimosho. and Lagos State Organizing Secretary, Abdullah Enilolobo debunked the  rumour going around that he raised money for the Governor during the last election and all sort of unprintable allegations.

Enilolobo said "first , they attempted to put a barrier between me and my God by saying I have a shrine, Again, they put up a conjecture that I said Aregbesola is a better candidate for the presidency  than Asiwaju, this remain an attempt to separate me and my foremost principal, Asiwaju Bola Ahmed Tinubu. Their latest, is to cook up stories that I said I mobilized fund for the current Governor of Lagos State, Mr. Babajide Sanwo Olu." I challenge them, let them come forward with evidence for all their lies".

To put the record straight, "  I am a practicing Muslim who practice TAWHEED and I don't compromise my religion neither do I involve in what Islam called SHRIK, I can't and won't associate with lesser gods, deities, or involve in idolatry or Polytheism".

"Asiwaju  remains the best candidate for 2023 presidency, to us in Alimosho,  Asiwaju is our Candidate and not an aspirant"

Mr. Babajide Sanwo Olu is a Governor we are all proud of, I contributed my quota to the success of the election, I didn't mobilize financially for the Governor. As it was done in all the Local Government Areas, we raised additional funds locally to take care of our logistics.

Alimosho G18 consist of over 28 people and in no time has Enilolobo said the Governor refused picking his calls and as a matter of fact, he do  speak with the Governor without any hindrances.  We challenge them to come with facts because any words said in the midst of 28 people is no more a secret, so let them come out to prove their lies. "Thank God, it was never  reported that  I discussed it with my P.A who may protect where he's eating but among 28 leaders who are still living, their lack of evidence shows that all their write ups are just lies"

Their antics is to cause division between me and others. We have witnessed  that of my God, Asiwaju and the Governor. Who knows maybe the next is Yayi, Aregbesola among others. We are waiting for their next direction of propaganda and lies.

They cooked  up a lot of things against us. To them,  they must go into character assasination, slandering, propaganda framing us, crucifying us with lies and fictions. Our working principle is to mobilize the people for the party and win election, that is our strength.

Their antics are targeted at distracting the party ahead of the Local Government Elections, they remain a conglomeration of internal and external enemies of the party progress. They have failed again this time.

The party stalwart, Enilolobo, further advised the media to desist from spreading fake news. He said "you are expected to  be a moral compass  in the society, you need to verify and juxtapose your stories before publishing."