Lagos Police command has recovered a vehicle stolen by some armed robbers who attacked a hospital in Ogun State. Saga Gist recalls that so...

Lagos Police command has recovered a vehicle stolen by some armed robbers who attacked a hospital in Ogun State.

Our correspondent gathered that the armed robbers went to the hospital and carted away drugs, two cars and other valuables.

The incident was, thereafter, reported at Adatan Police Station.

Our correspondent, however, learnt on Monday that one of the stolen vehicles has been recovered.

The vehicle which was stolen in Ogun State was recovered by men of the Lagos State Police command.

A source said on Monday that the armed robbers abandoned the vehicle after Policemen at Alagbado in Lagos State pursued them after being suspected on Monday, 4th January, 2020. The police on routine patrol at Alagbado suspected occupants of a black Toyota Highlander and pursued them.

“Sensing that they are being trailed, they abandoned the stolen vehicle and ran away, leaving the key on the ignition. The police traced the ownership of the vehicle through the particulars found on it and contacted the owner.”

Our correspondent also learnt that the management of the hospital has since taken possession of the vehicle after visiting the Alagbado police station through the State police headquarters, Eleweran. 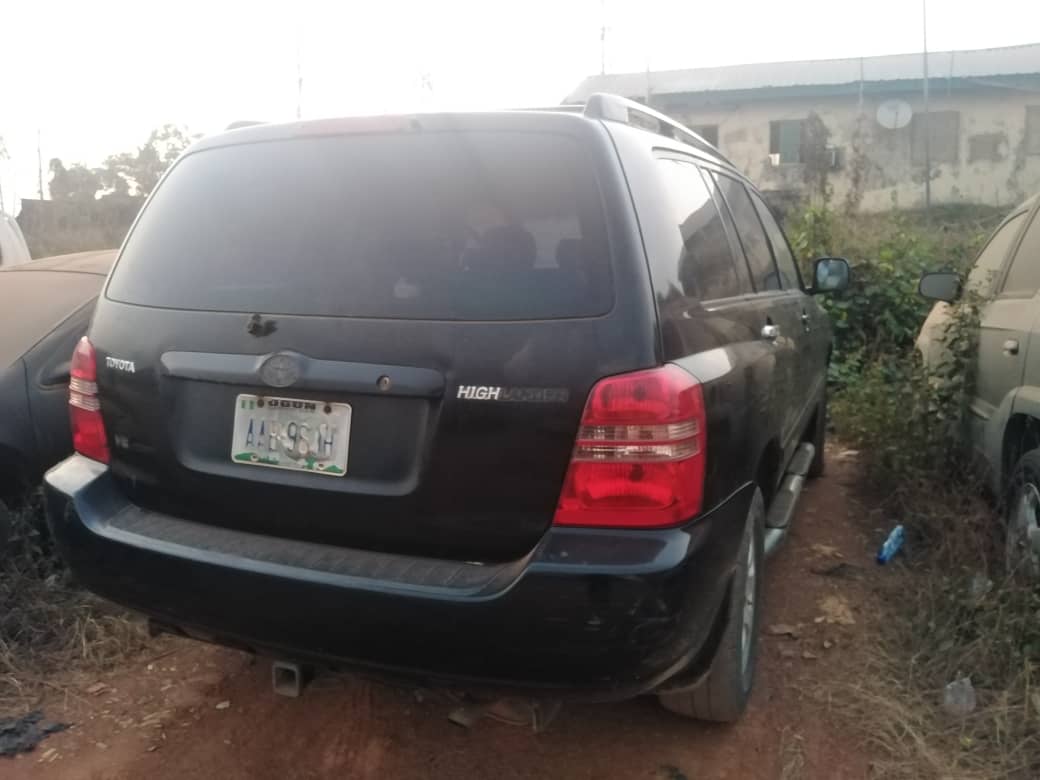 Public Relations Officer of the Ogun State Police command, Mr. Amimbola Oyeyemi, confirmed the recovery of the vehicle on Monday.

He added that the case has been transferred to the state CID.

Oyeyemi said, “Yes. The case is true. But the case has been transferred to CID.

“One of the vehicles has been recovered from Alagbado Police Station in Lagos. And we have recovered the vehicle back to Abeokuta here. We are still in the trail of the hoodlums.”