It was an emotional sight on Saturday as family members of the late House of Representatives member, Hon. Ossy Prestige and leaders of his... 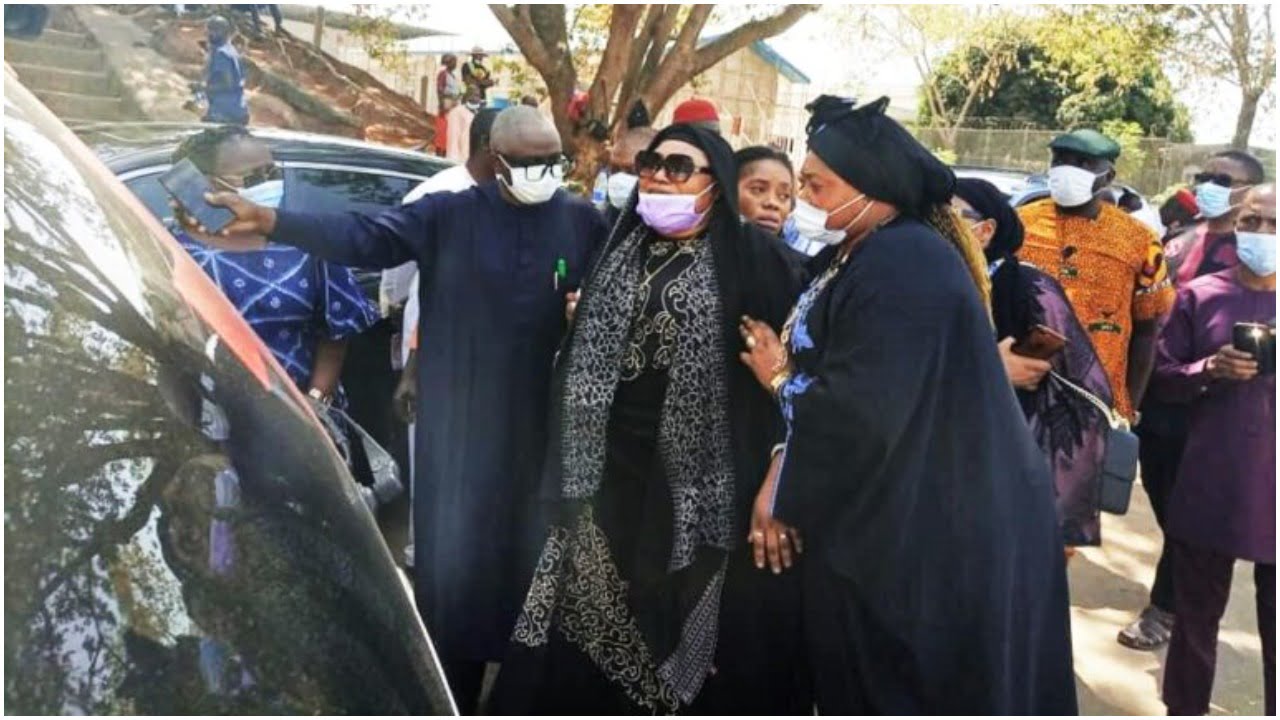 It was an emotional sight on Saturday as family members of the late House of Representatives member, Hon. Ossy Prestige and leaders of his party, the All Progressive Grand Alliance (APGA) thronged the Nnamdi Azikiwe International Airport, Abuja to receive his body.

Hon. Prestige is popular among his Aba constituents for his people-oriented projects especially in the education of children of the poor.

He died after battling an undisclosed illness in Germany from where his body was repatriated.

It was gathered that friends and associates of the deceased waited patiently for hours at the Abuja International Airport before his body arrived.

A Board of Trustee Member of APGA, Sir Chikwe Udensi led other party faithful to show solidarity and receive the body of Hon. Ossy Prestige.

Others present were party leaders, including Chief Okogbue, the Deputy National Chairman South, Hon. Destiny Akaraka Nwagwu amongst others.

Earlier in his condolence message to the family and people of Aba North/Aba South federal constituency of Abia State, Governor Ikpeazu expressed deep sadness at the passing of Hon. Ossy Prestige.

Governor Ikpeazu described the death of the federal lawmaker as shocking and extremely depressing.

According to Governor Ikpeazu, “Late Hon. Ossy Prestige was a very passionate politician who saw his position as a call to the service of the people. As a Federal Legislator, he was deeply committed to his job and provided solid representation to the people of Aba North/Aba South Federal Constituency. His death at a time like this when the rebuilding of Aba is on the front burner is very sad indeed”.

Also reacting to the death of the federal lawmaker, a chieftain of the All Progressives Congress, Alex Otti, OFR, expressed shock over the demise of his former party man.

In a press release on Thursday by his Media Adviser, Ferdinand Ekeoma, Otti said the news of Hon. Prestige’s death came to him as a rude shock, because it was both untimely and unexpected.

According to the ex-GMD of Diamond Bank Plc, “Immediately after Hon. Prestige was flown abroad over his ill health, I held on with so much hope and confidence, believing that he would return in sound health to continue representing the wonderful people of Aba North and South but my hope and expectations were shattered when the sad news of his passing filtered in”.

Meanwhile, the All Progressives Grand Alliance, APGA, in a statement signed by the State Publicity Secretary, Comrade Simeon Onyeje, said the late federal lawmaker distinguished himself in his national assignment which made APGA more popular and formidable in his constituency and the state at large.