Members of the Peoples Democratic Party, PDP from Isiala Ngwa North and Isiala Ngwa South federal constituency in Abia State have staged a... 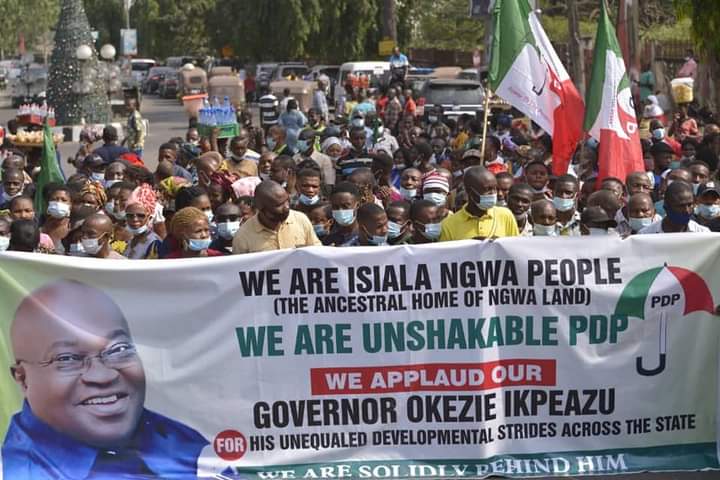 Members of the Peoples Democratic Party, PDP from Isiala Ngwa North and Isiala Ngwa South federal constituency in Abia State have staged a solidarity match to Governor Okezie Ikpeazu over his administration developmental strides at the Government House in Umuahia.

Receiving the PDP Stakeholders and members at the Government House, on Friday, Governor Ikpeazu pledged greater commitment to do more for Abia people in the days ahead.

According to the Governor, his second tenure as Governor in the State will witness more giant strides in infrastructural development.

Governor Ikpeazu urged them to remain steadfast in the PDP as it remains the preferred party of the South East. 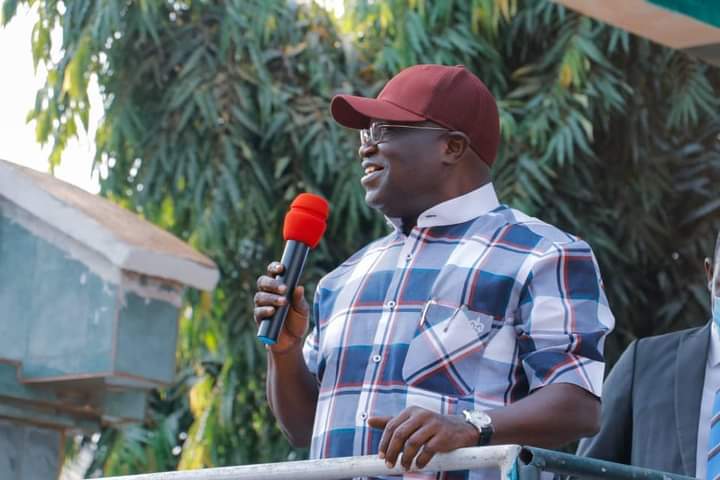 He assured them that he will remain with them through thick and thin and enjoined them to always remain supportive of his government.

The Abia Governor further assured them that he was confident of their support at all times and thanked them for their show of solidarity and support.

Earlier in his speech, the leader of the group and member representing Isiala Ngwa North and Isiala Ngwa South constituency in the Federal House of Representatives, Hon. Darlington Nwokocha pointed out that they were delegates from the 262 Polling Units in Isiala Ngwa.

Hon Nwokocha said they were the practical and direct beneficiaries of Governor Ikpeazu’s infrastructural development and were happy with his developmental strides including quality roads such as the Obikabia road which cuts across 5 Local Government Areas. 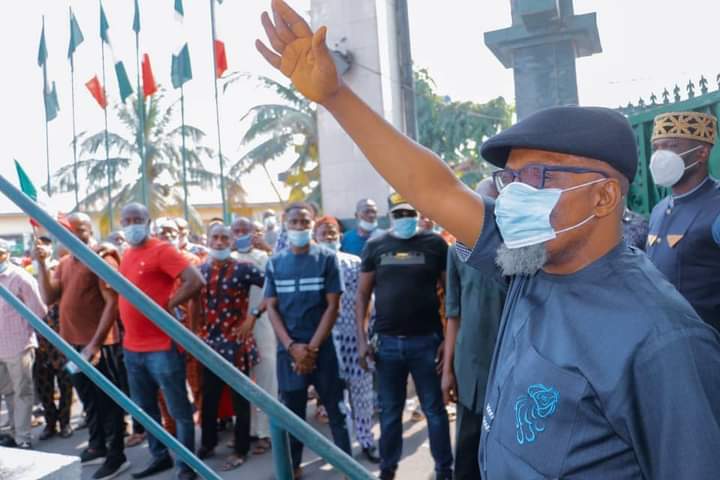 The federal lawmaker assured the Governor that Isiala Ngwa is an embodiment of PDP, adding that they have resolved to support the Governor to tackle insecurity in the state.

On his part, the member representing Isiala Ngwa north constituency in the Abia State House of Assembly, Hon. Ginger Onwusibe, commended Governor Ikpeazu for the good works he was doing across the state, noting that he is building roads to last. 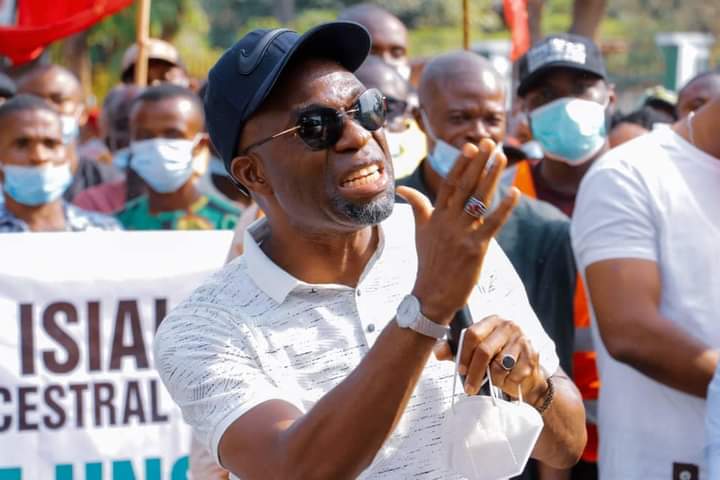 Hon Onwusibe further thanked the Abia Governor for recalling one of their illustrious sons and Chief of Staff to the Governor, Dr Anthony Agbazuere to work.

Saga Gist reports that Abia State Chairman of Peoples Democratic Party(PDP), Rt. Hon Allwell Asiforo Okere and some government functionaries were on ground with Governor Okezie Ikpeazu to receive the PDP stakeholders and supporters at the Government House, Umauhia. 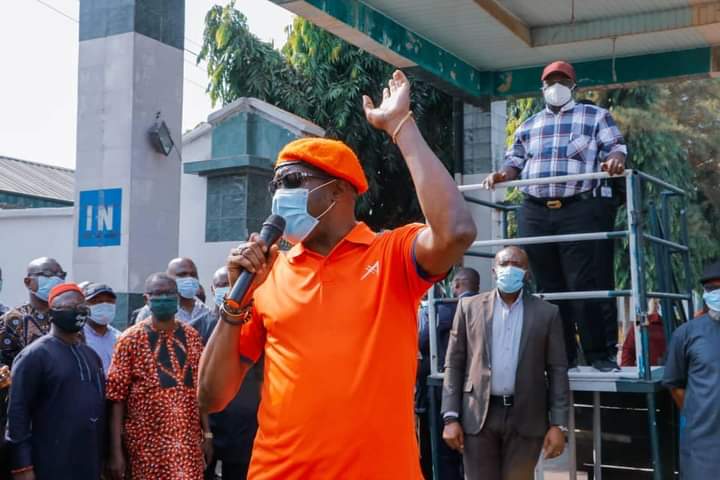