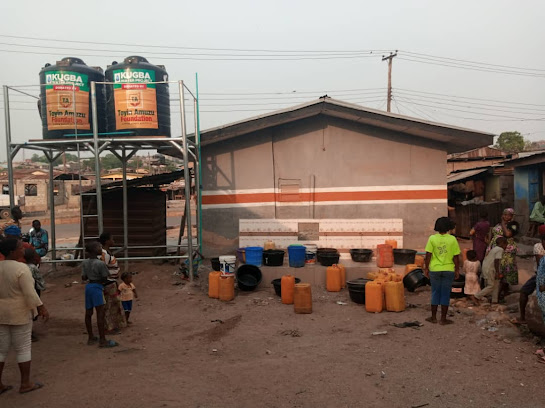 A Non-Governmental Organisation, Toyin Amuzu (TA) Foundation has donated two water projects to Kugba and Kuto areas of Abeokuta in Ogun State, to reduce the challenge of water scarcity in the areas.

He said it was noteworthy that, the Toyin Amuzu Foundation has continued to meet the needs of the people by creating solutions to their challenges.

Chief Adebutu urged other well-spirited organisations, private individuals and charity organisations to emulate the good works by the not-for-profit organisation.

The Founder and Chairman of TA Foundation, Chief Toyin Amuzu said, he could not stand the agony people go through in their bid to get water, carrying Jerry cans and plastics around.

He explained that Toyin Amuzu Foundation was committed to genuinely uplifting and creating solutions to ameliorate the sufferings of the people.

Chief Amuzu urged residents to monitor and protect the water projects, so that it can serve them for long.

Residents of Kugba and Kuto communities who expressed their joy at the donation, unanimously thanked Toyin Amuzu Foundation for it's magnanimity and sense of responsibility, saying they have suffered for too long without water.