APC: If you are ashamed come register at night - Nwoye to PDP members

The caretaker committee chairman of the All Progressives Congress, APC, in Enugu State, Dr. Ben Nwoye has said the party is ready to regis... 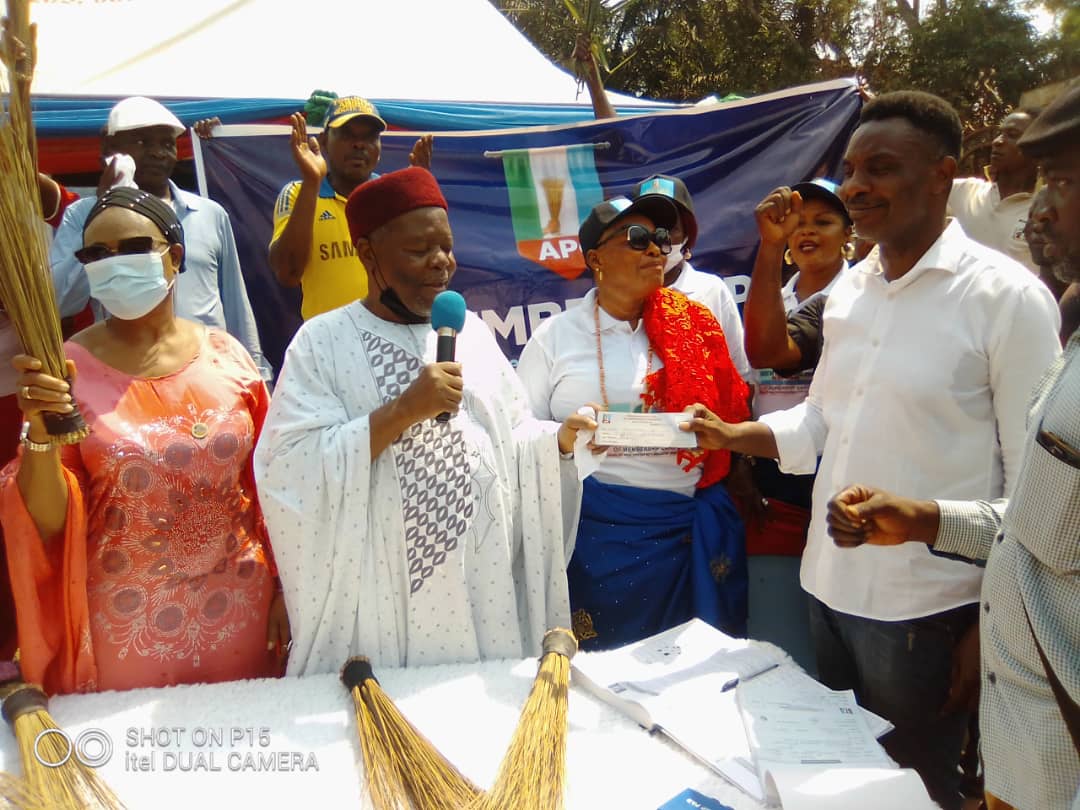 The caretaker committee chairman of the All Progressives Congress, APC, in Enugu State, Dr. Ben Nwoye has said the party is ready to register members of the Peoples Democratic Party, PDP, even at night.

He said the APC was ready to welcome all, including “our brothers and sisters willing to dump the PDP for our party.

“If you don’t want to come during the day time to register, maybe because you are ashamed, we are ready and willing to register you in the night.”

The Enugu APC boss, who was recently appointed a federal Commissioner in the Consumer Competition Commission, representing South-East Nigeria, said the ongoing exercise was vital in the nation’s democratic process, because “if you want to vie for any election, including the president, or governor, you must be a member of a registered political party.”

Nwoye particularly called on the people of his locality and entire Nkanu West Council area to identify with the APC, “especially for the fact that we have benefitted from the party, he said.

“For instance, by the Grace of God, today, we have a federal Commissioner representing the South East, courtesy of APC. We have the Nigerian Ambassador to Poland, in the person of General Chris Ugwu (Rtd) and the member representing South East in the Police Service Commission PSC, Barr. Onyemuche Nnamani, three of us are from Nkanu West.

“So, with all these appointments our people of Nkanu West don’t have any reason not to join APC enmass via the ongoing registration exercise.”

In his remarks, Chairman of the Enugu State APC membership registration/revalidation Committee, Senator Jonathan Zwingina, expressed satisfaction with the high level of enthusiasm being shown by members and stakeholders of the party in the State.

He said the Nwoye-led APC had succeeded in planting the party in the hearts of the people of the State, calling on the South Easterners to take advantage of the ongoing registration to join the ruling party, as they stand to benefit a lot.

Zwingina added that the exercise was open to all and sundry from 18 years and above, stressing that it was not meant for a particular region or race.