As the COVID-19 second wave continues to surge and schools remain in session across the country, some parents have expressed fear over the... 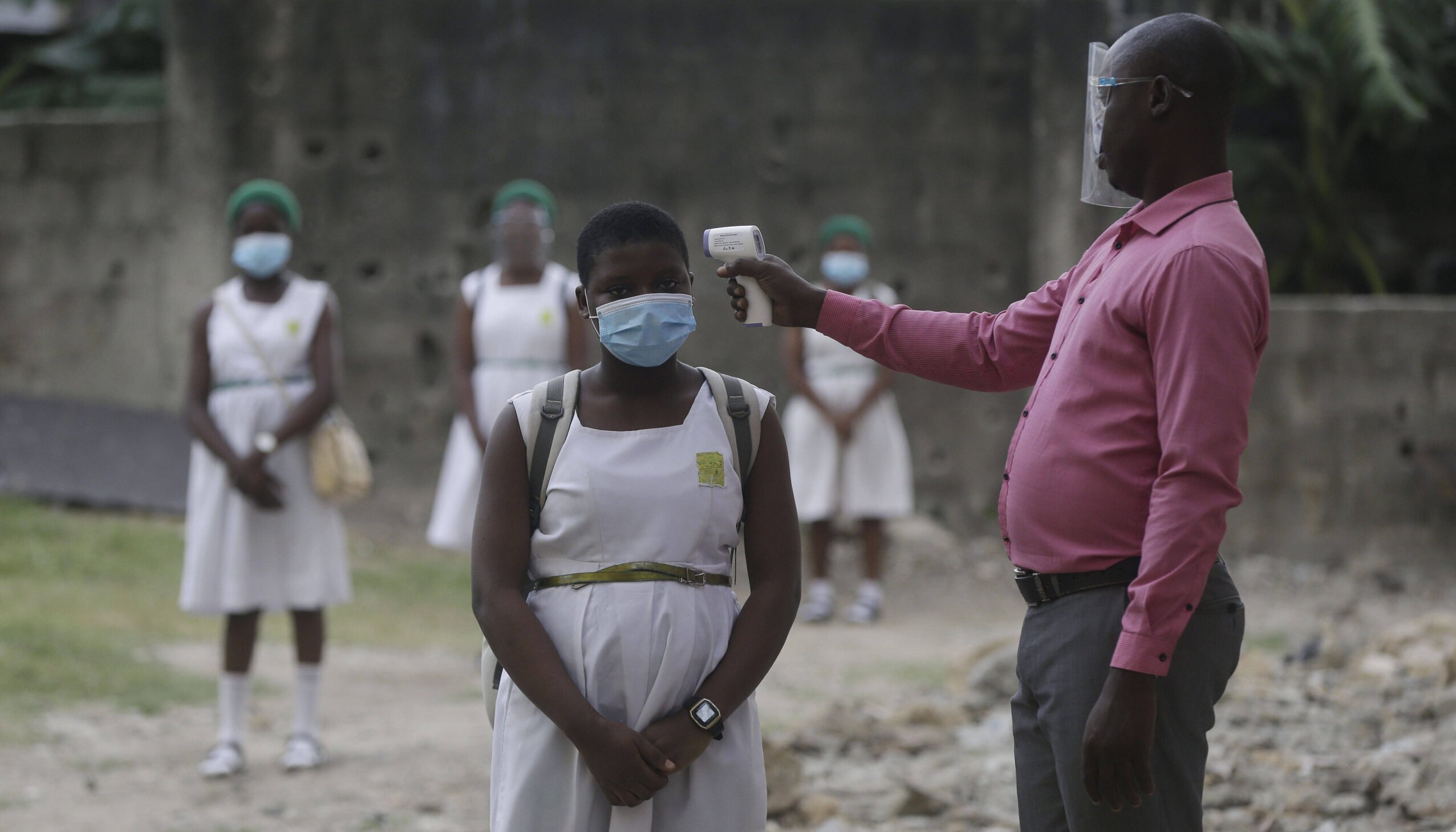 As the COVID-19 second wave continues to surge and schools remain in session across the country, some parents have expressed fear over the possibility of their children contracting the disease due to the alleged poor handling of the outlined protocols in the Federal Capital Territory, Abuja, by schools.

Our correspondent had following the ongoing claims about the poor management of the protocols, disguised himself as a parent and visited some key schools in Abuja on Friday.

It was gathered that while some schools were strict in implementing the protocols, others exhibited reluctance.

A teacher in Wuse 2, who pleaded anonymity for fear of victimization said that the fault was not entirely to be placed on school managements as some parents do not care about the COVID-19 protocols.

He said “some parents don’t care. One even fought our gateman over face mask, and the management cannot do anything because parents pay the bills. Most of them bring their children and wards to school without a face mask, and one wonders why the security operatives will allow them to drive through the city centre without protective gears.”

While visiting a school owned by a popular church around Kubwa Area, by Sokale round-about, our correspondent observed that though preventive measures were on ground at strategic areas in the premises, parents and pupils were not monitored to ensure strict adherence to the protocols.

”Some parents touch their fingers with their saliva to open pages of the register, and we all share it. The danger here is enormous,” the parent lamented.

Meanwhile, the situation in Government Day Secondary School, Dutse Alhaji, is different as the school tends to observe the protocols.

However, social distancing remains a major threat to safety in the school as the population does not create room for reasonable distancing.

Most schools visited in Bwari were equipped with hand sanitizers, with workers and students/pupils wearing face masks.

Social distancing in those schools remains an issue.

Some parents, lamenting the poor protocols in some of the schools visited, said their fate was now in the hand of God, believing that only God can protect their kids.

A trader in Dutse Market, Adebayo Micheal said, “though we are worried about the safety of our children, we leave them in the hand of God.

“It’s better than keeping them at home. We don’t want what happened last year during the lockdown to repeat itself.”

Meanwhile, another parent, who is also a teacher in Government Junior Secondary School, Ushafa, (name withheld) aired her view, “Children have better immune system, which according to health experts, helps their body to resist the disease, unlike the elderly people.”

Recall that FCT, considered to be an epicenter in the country, has recorded a higher number of cases in recent time.

When contacted for comment, Anthony Ogunloye, the Chief Press Secretary to the FCT Minister, was unable to take his calls and could not respond to text messages sent to him.

It was reported that prior to the January 18 resumption, the FCT Minister had, in a statement, released fresh guidelines to all schools in the territory, as a way of curbing the spread of the disease.

Recall also that President Muhammadu Buhari on January 27, signed an executive order, making wearing of face masks in public compulsory in the country as a means to curtail the spread of the dreaded virus.

According to the new law, violators will risk a six-month jail term.

In another development, the President on Sunday, warned Nigerians to cooperate with his orders or face fresh nationwide lockdown.