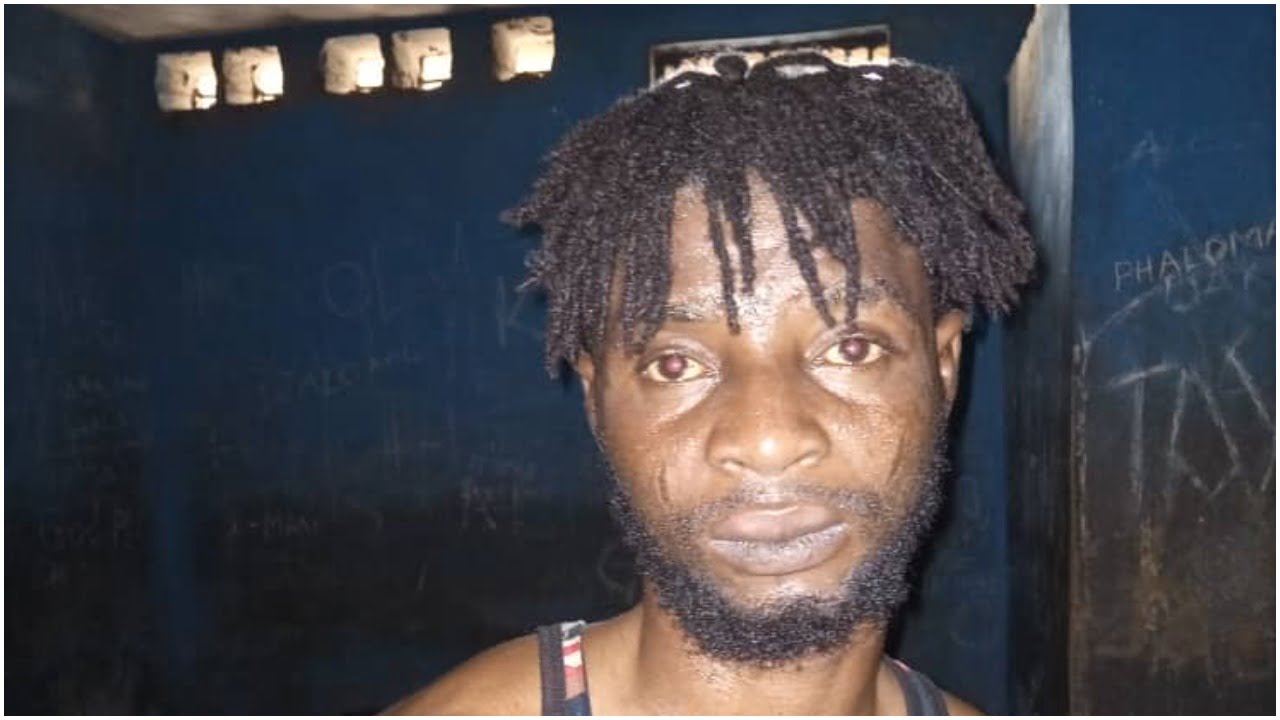 The command said Fatai, a suspected member of Eiye confraternity, had “led hoodlums who vandalized the Obada-Oko divisional headquarters on the 21st of October 2020 during the End SARS protest in October.

Police said Fatai (aka Emir), who was arrested on February 10, had been terrorizing Obada-Oko.

On February 5, he was alleged to have violently dispossessed one Tijani Sodiq of the sum of N120,000 and two bags of rice along Araromi street.

Few days after, he was sighted by the victim, who quickly alerted the police.

Upon the information, the DPO of Obada-Oko division, CSP Bernard Ediogboyan, reportedly mobilized his men and moved to the scene where the suspect was apprehended.

According to the Ogun police spokesperson, Abimbola Oyeyemi in the process of robbing his victim, had inflicted a grievous injury on his right wrist.

Oyeyemi said, he had confessed to many other cult-related fracas in Obada-Oko and its environs.

The police image maker disclosed that the state Commissioner of Police, Edward Ajogun has ordered the transfer of the suspect to the state CIID.

Ajogun also directed that efforts be made to apprehend the remaining members of Fatai’s gang, to put an end to their nefarious activities in the area.