Some rights groups, Saturday threatened to take legal actions over the arrest of peaceful EndSARS protesters at the Lekki Toll Gate. Saga ... 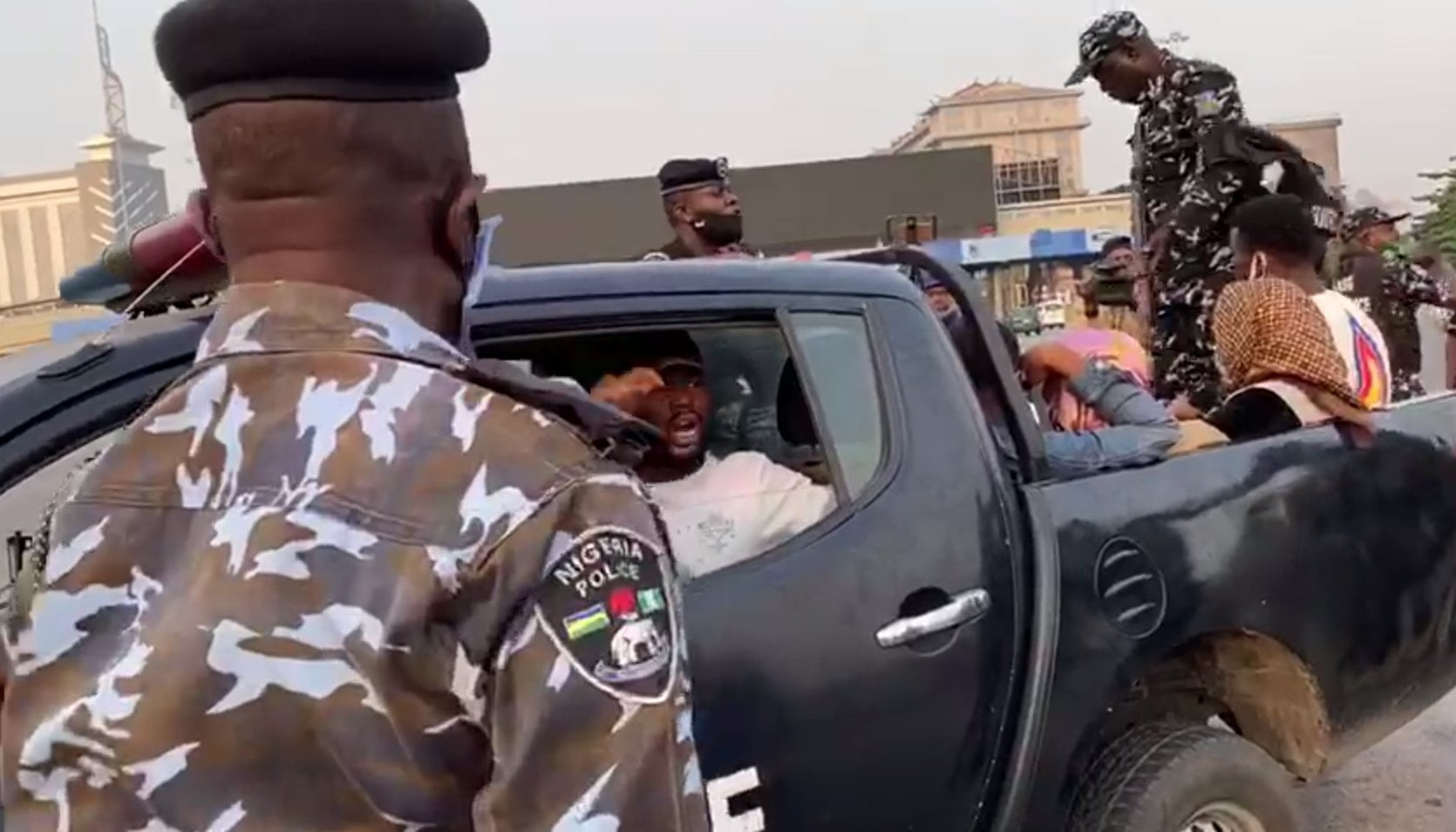 Some rights groups, Saturday threatened to take legal actions over the arrest of peaceful EndSARS protesters at the Lekki Toll Gate.

EndSARS protesters had called for a demonstration against the reopening of the Lekki Toll Gate after Lagos State Judicial Panel of Inquiry on the EndSARS granted the Lekki Concession Company, LCC, permission to reopen the toll gate.

The toll gate was closed after the October 2020 incident that led to the killings of some End SARS protesters.

The Socio-Economic Rights and Accountability Project (SERAP) on its Twitter handle on Saturday, threatened to take appropriate legal actions if the #EndSARS protesters are not immediately and unconditionally released.

SERAP, however, called on the United Nations Human Rights and concerned governments to press the Nigerian authorities to end the crackdown on peaceful protesters.

Some other Non-Governmental Groups who spoke on Saturday also condemned police action against the protesters.

An NGO, Advocacy for Advancement of Peace & Harmony in Africa Initiative (ADAPHAI) has carpeted the Nigerian government over the arrest of peaceful protesters at the Lekki Toll Gate on Saturday.

This was contained in a press statement signed by the Executive Director of the group, Comrade Olaniyi Ajibola, insisting that every individual possesses inalienable right of association and expression at any point in time.

The group alleged that the Buhari-led administration is becoming more dictatorial by the day, and also dragging Nigeria back to the era of ‘suffocating military junta’.

“The arrest and humiliation of peaceful protesters at Leki Tollgate today is not only undemocratic but signalled a fast retrogression of our fledgling democracy, this government is becoming unapologetically autocratic.

“President Muhammadu Buhari must be quickly called to order by the international community before collapsing this entity”, the statement said.

A civil rights group, the Centre for Human Rights and Social Justice (CHRSJ) said the act of using the military or the police to stop peaceful protest in a democracy is “an aberration, abomination, unlawful, illegal, unconstitutional, undemocratic and a crime against humanity”.

The executive chairman of the group, Comrade Sulaiman Adeniyi stressed that the Lagos State police action against the peaceful protesters was unconstitutional, saying the command should be sued.

“What Lagos State police are doing today is uncalled-for. It’s illegal. They have to sue the Nigerian Police to court by the virtue of Section 35(6) of 1999 constitution to let them tender the public apology and compensation for those people they arrested because it is uncalled-for, is not the part of the democracy that we fought for.

“They have to sanction the Lagos Commissioner of Police, CP Akeem Odumosun, ” he said.

Also, the Amnesty International Nigeria on Saturday, condemned the arrest and detention of the protesters.

Amnesty International on its Twitter page said, they have been informed that police have denied the arrested protesters access to lawyers and doctors.

“Amnesty International condemns the arrest and detention of the #EndSARS peaceful protesters at #Lekkitollgate. We have also been informed that those arrested have been denied access to lawyers and doctors. @PoliceNG” Amnesty tweeted.