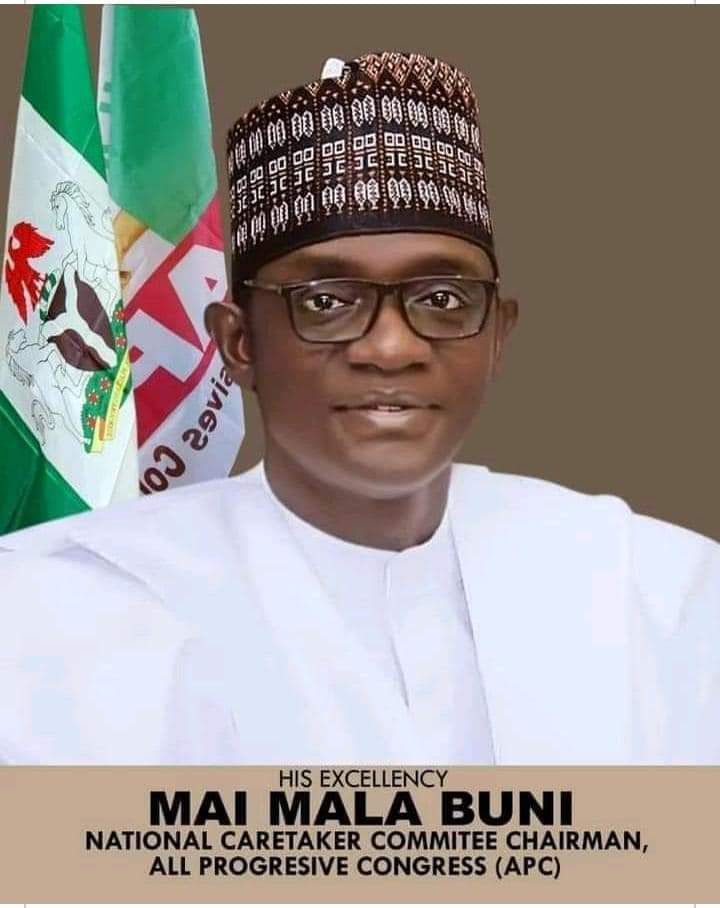 Gov. Mai Mala Buni of Yobe State on Wednesday charged the All Progressives Congress, (APC), nominees in the February 27th Local Government election in the state to always demonstrate loyalty to the party.

Buni gave the charge in Damaturu while addressing the nominees who comprised of chairmen and vice-chairmen of the 17 Local Government Areas.

He noted that the ongoing membership registration and revalidation by the party was one sure way of identifying loyal members.

“I want to emphasize that the exercise is an opportunity for renewal of loyalty to the party as well as providing a well leveled field for all members of the party to seek for any available post either at the Federal, State and Local levels.

“Yobe State is completely APC State. Therefore, all stakeholders should mobilize members to partake in the exercise and strive to ensure that this golden opportunity does not slip through our fingers,” he said.

The governor, represented by his Deputy, Idi Barde Gubana, commended the party stakeholders for conducting a hitch-free primary that led to the emergence of consensus candidates.

Mala-Buni charged the nominees and other stakeholders to monitor government programmes and projects in their areas and serve as a linkage between government and their people.

He, however, advised the nominees to avoid over confidence in the upcoming polls.

“We should not, therefore, rest on our oars by relying on the popularity of the party and think that we are going to have a walk over in the election.

“All stakeholders and party members have a collective responsibility to ensure that voters come out en-mass and also ensure that all APC candidates emerge victorious in the election,” he charged.