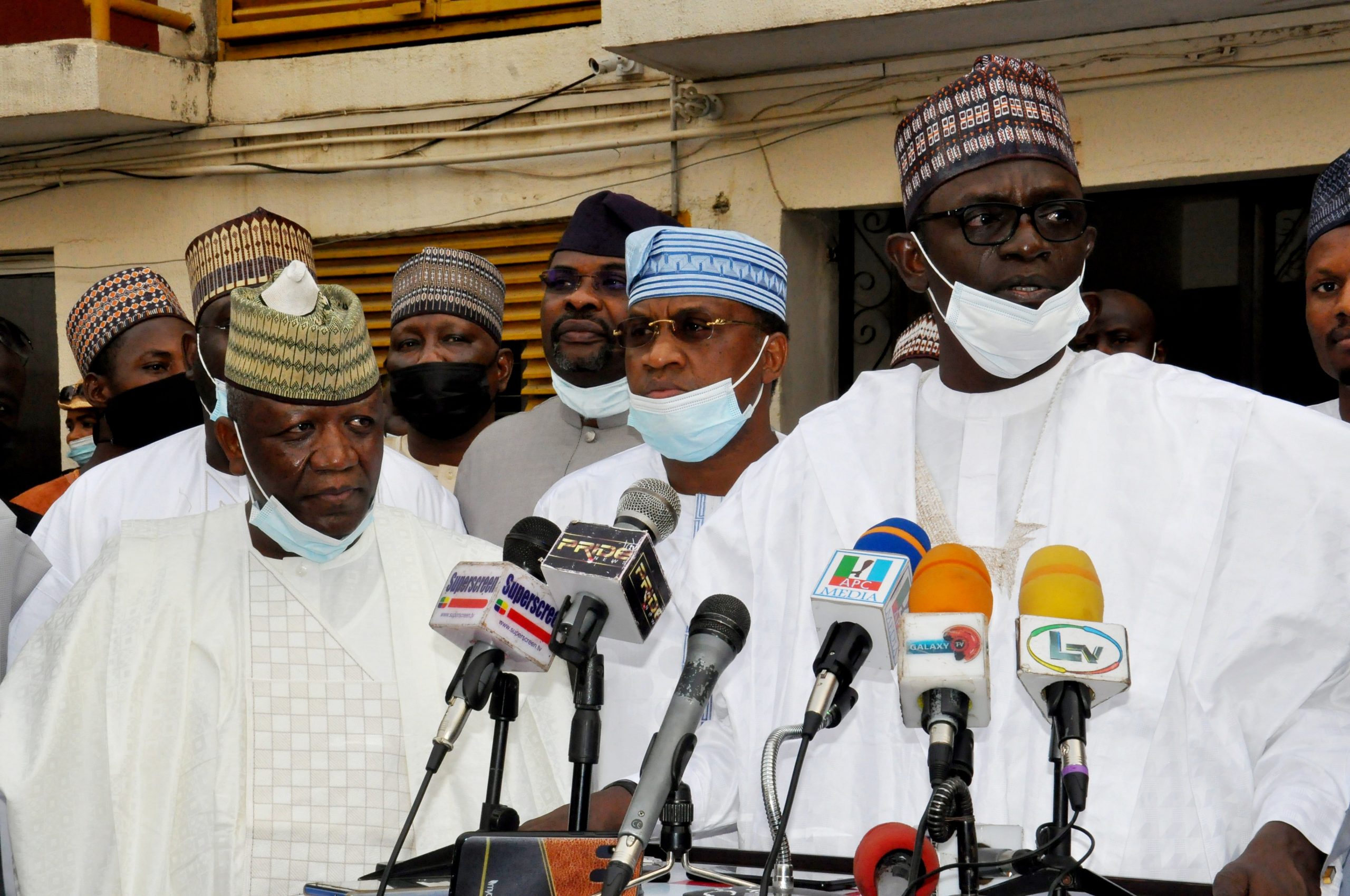 The three-hour peace meeting was held at the party’s national secretariat on Monday.

Buni told the media that the reconciliation was a “milestone”.

The Yobe governor said the mandate of his committee was the rebuild of the party at all levels and unification of members nationwide.

In his remarks, Yari predicted that the talks would ensure immediate and future success now.

‘We built this party from zero level to where we are and Zamfara has ever remained ANPP- APC State and what led to that success is our coming together. So that togetherness is what we’re working to achieve in the future and this is the starting point.

“This is not symbolic, it’s real that we understand all of us are human beings bound to make mistakes and that mistakes can be corrected so that we can come together to achieve a target and go and bring back our party to limelight in the State and also to maintain the center.”

Noting that a lot of things happened, Yari said the most important thing was to reunite and avoid repetition of past events

Speaking, Marafa described reconciliation as an integral part of every human endeavour.

“I hope our own mistake will serve as a source of strength for all of us and for APC itself especially and the country in general. Our country is facing very serious challenges.

“Our party was given an unprecedented support that has never been given any party in Nigeria and we owe the party and Mr. President a duty to support them and support Mr. President to deliver especially for us coming from Zamfara state and the North West in particular.

“I received a call from my my friend and leader, the Governor of Yobe State to come and attend a meeting. Despite the short notice, I felt anybody that calls you for reconciliation meeting, he or she calls you to goodness and I attended because of that reason and I’m very happy with the robust discussions that we had in the office.”

The former lawmaker assured Nigerians that peace would reign among all factions henceforth.

Marafa added that the meeting marked the new beginning in the chapter of APC in Zamfara State.