The Caretaker Committee Chairman of the All Progressives Congress, APC, in Enugu State, Dr. Ben Nwoye, has expressed optimism that the par... 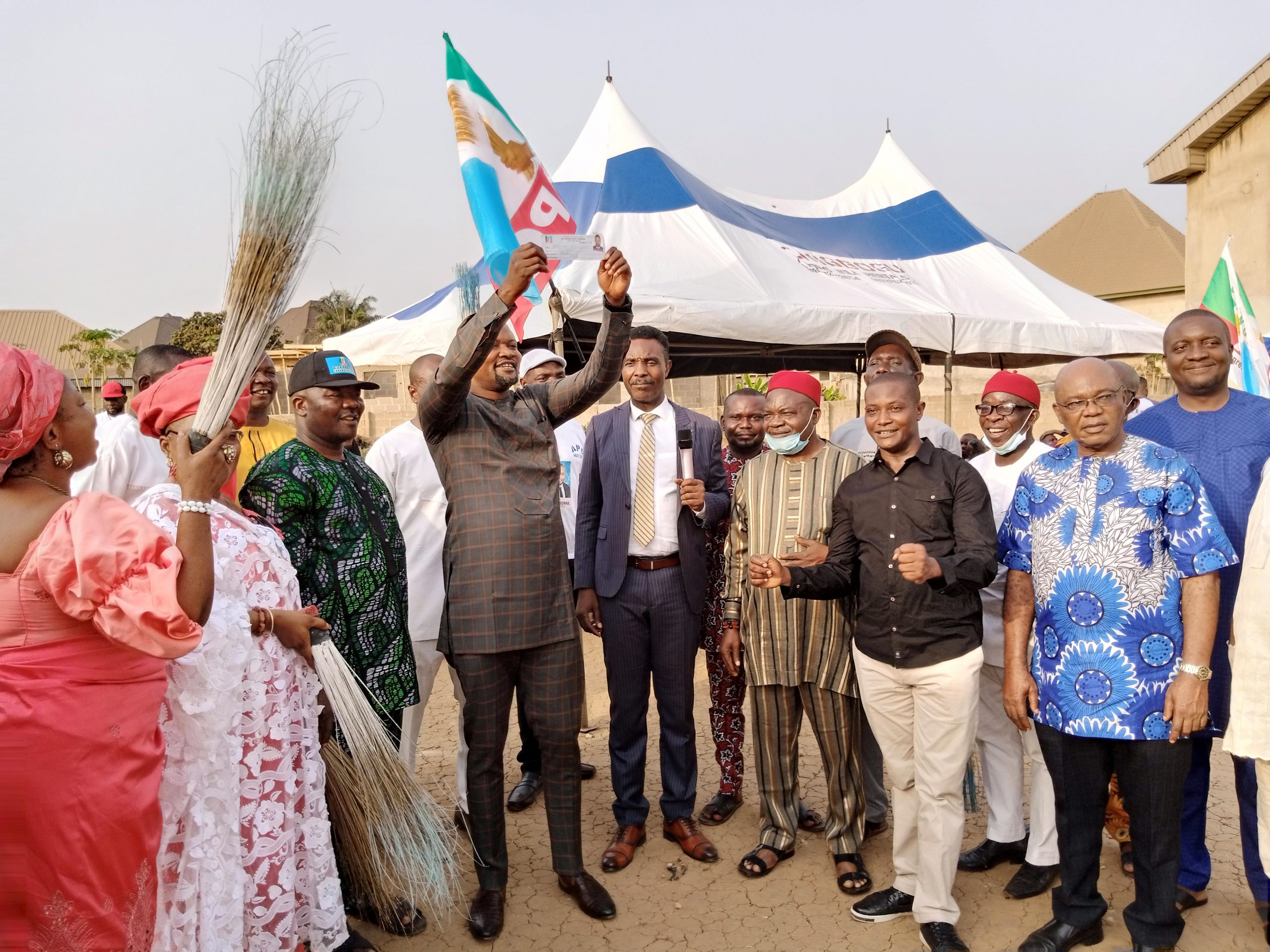 The Caretaker Committee Chairman of the All Progressives Congress, APC, in Enugu State, Dr. Ben Nwoye, has expressed optimism that the party would take over the Enugu State Government House by 2023.

The Chairman said the APC would take over Enugu Government by popular votes going by the number of people defecting en-mass on a daily basis to the party.

Nwoye spoke at Obeagu, in Enugu South-Local Government Area of Enugu State, where a chieftain of the Peoples Democratic Party, PDP, Mr. Monday Ogbonna, defected to the APC.

He declared that, “We are serious not just about the presidency of South-East extraction, we are serious about taking over the Lion Building in 2023.

“With Hon. Ogbonna here, I have seen that the message has gone very far; just a few days ago, and the booklet is almost finished. You are now an agent of change; APC is working all around here, the roads are there, even inside there in Nkanu West.”

Also speaking, a former Senate President and representative of the South-East in the APC National Caretaker Committee, Chief Ken Nnanami, called on the people to embrace the APC.

Nnamani, represented by Hon. Emma Okenwa, said, “The train has moved and it does not wait for anybody; if you know the nearest train station, you go and wait there; it is Obeagu now, I expect all of you to move in; the APC train is moving with speed. Amaechi has joined, Akpuoga has joined, other areas have joined, so I expect you people not to delay.

“APC is a party for everybody; it does not belong to any particular set of people; it is not Hausa people; it is a party for all of us as Nigerians; we should join and be part of this change. We are clamouring for an Igbo man to be President but it will not be possible if we do not identify with the ruling party.

“As the chairman said, we will take over Enugu State Government by 2023 and it will not be by rigging, it will be by majority votes.”

In a remark, Ogbonna said he left the PDP with his supporters having discovered that the APC had the potential to put smiles on the faces of the people.

He said he was impressed by the performance of the current APC government and with the calibre of people who had identified with the party in Enugu State.