The Osun State chapter of Nigeria Labour Congress (NLC) stormed the state House of Assembly on Wednesday to protest the proposed removal o... 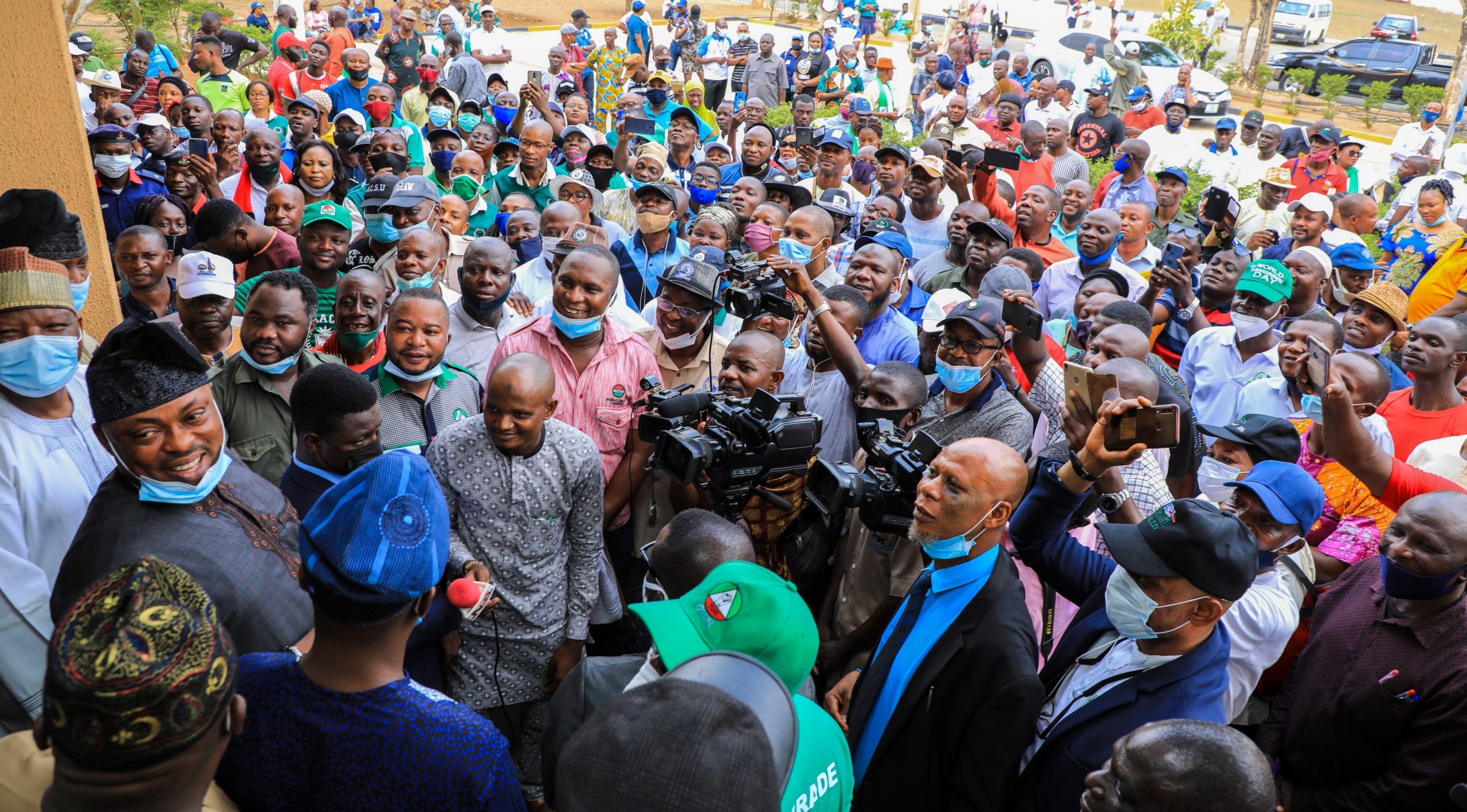 The Osun State chapter of Nigeria Labour Congress (NLC) stormed the state House of Assembly on Wednesday to protest the proposed removal of the minimum wage from the exclusive list to the concurrent list.

The NLC in Osun joined their colleagues across Nigeria to protest the move by the National Assembly.

The workers led by the chairman of NLC in Osun, Jacob Adekomi converged at the Ogo-Oluwa area and marched to the Osun Assembly.

Speaker of Osun House of Assembly, Timothy Owoeye said, “Anything that concerns the workers is Governor Gboyega Oyetola priority. Despite the paucity of fund, he has been able to implement the minimum wage. There are some things we have denied ourselves just for the sake of the minimum wage. We have assured you that without you, the development of the state will not be possible.

“Let me assure you on behalf of my colleagues, that we are totally for you. With your cooperation, you will continue to enjoy whatever you are meant to enjoy.