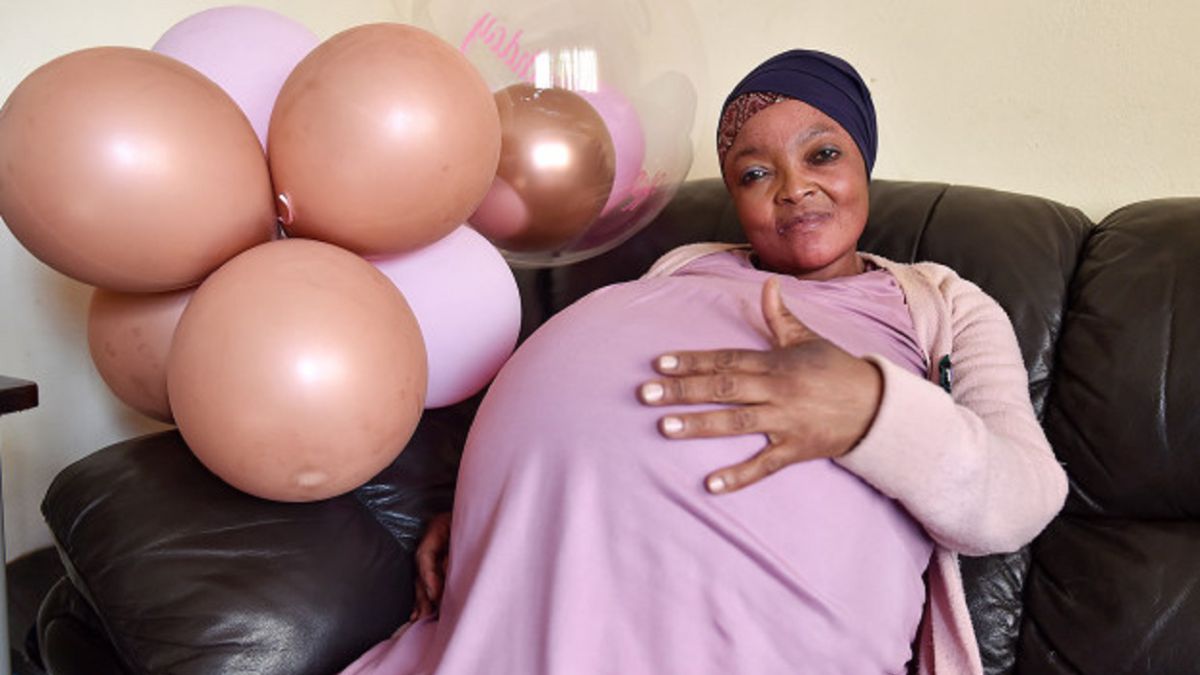 According to a report on Tuesday, Sithole and her husband, Teboho Tsotetsi, were expecting eight children following their doctor’s earlier report.
Sithole gave birth via a Caesarean Section at a Pretoria hospital on Monday.

The husband told the Pretoria News on Tuesday that the wife was delivered of seven boys and three girls.

Teboho Tsotetsi, who already had three children, expressed joy over the safety of his wife and her children.

According to him, the pregnancy was natural, debunking the rumor that his wife conceived via in vitro fertilization, IVF.