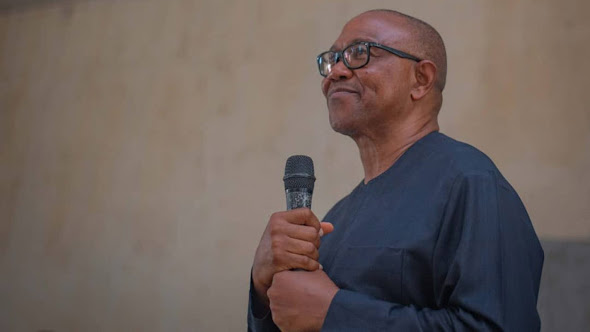 Ahmad said Obi’s name has metamorphosed into a movement in Kano and Katsina States.

He warned other presidential candidates that Obi had become a movement to beat in both States.

In a tweet, the former presidential aide said Obi may likely claim 75 to 80 percent votes in Kano and Katsina States.

“Let me confess, the name Peter Obi alone is a movement to beat, I was in Kano over the weekend and to my surprise everywhere is PO, nobody is talking about other candidates anymore and a friend told me that it’s a similar story in Katsina. LP is getting 75% – 80% in those States,” he tweeted.

Obi, who is the former Governor of Anambra State, defected from the Peoples Democratic Party, PDP, to LP.

Since he joined LP, Obi has become a household name among Nigerians who feel he should be the country’s next president.

As Nigeria draws closer to the 2023 presidential election, the clamour for electorates to vote Obi continues to increase daily.

Despite his growing popularity, the All Progressives Congress, APC, had said its presidential candidate, Bola Tinubu has nothing to fear.

A former Acting National Chairman of APC, Hillard Eta, had said most of those agitating online would end up voting for Tinubu in 2023.

Eta had pointed out that such agitation was nothing new.