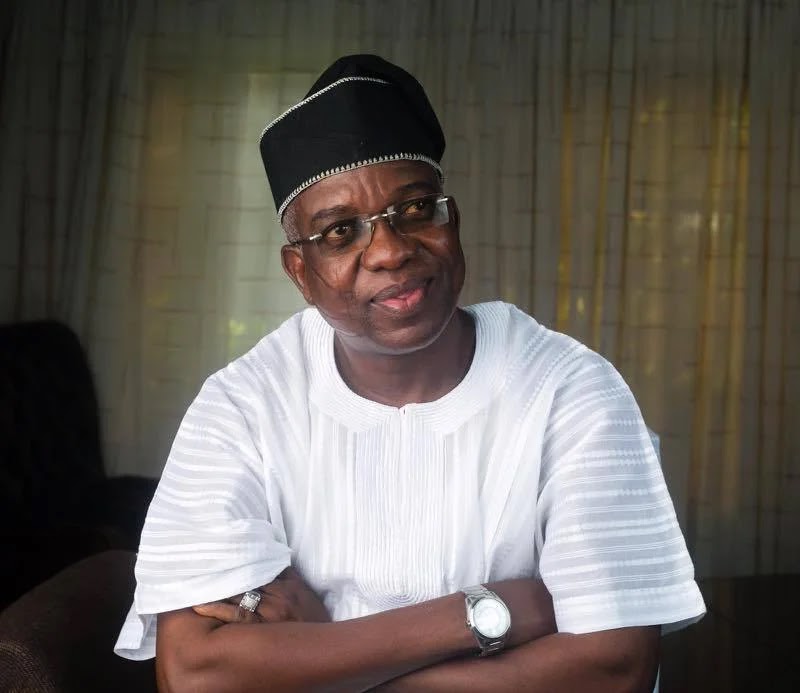 Some members of the Oyo State House of Assembly have initiated an impeachment process against the state Deputy Governor, Rauf Olaniyan.

The members made this known via a petition brought to the Assembly plenary on Wednesday.

The Assembly was presided by the Speaker of the Assembly, Adebo Ogundoyin.

Saga Gist recalls that Olaniyan has moved from Peoples Democratic Party (PDP) to the All Progressives Congress (APC).

Some members of the Assembly have, however, petitioned the house over what they described as gross misconduct.

The petition was signed by twenty-four, 24 members out of the 32 members of the Assembly.

The 24 lawmakers in the petition said the failure of the Deputy Governor to respond to the allegations will lead to impeachment.

The petition titled “Petition and notice of an allegation of the Deputy Governor of Oyo State, His Excellency, Engineer Rauf Olaniyan”, was read by the Clerk of the House, Yetunde Awe.

Some of the allegations levelled against the Deputy Governor include; gross misconduct, abuse of office, financial recklessness, abandonment of office, official duty and insubordination and other offences.

The lawmakers who signed the petition explained that their action was in line with the provision of the constitution.

They said, “Consequent upon listed below, we the under listed elected Honourable members of the 9th assembly hereby allege the Deputy Governor of Oyo State, His Excellency Eng. Rauf Olaniyan with the following allegations:

“This is in accordance to the Constitution of the Federal Republic of Nigeria as amended in 2011. Section 188”.