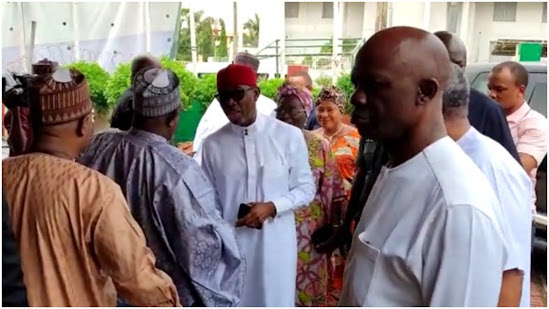 Okowa arrived at the party’s headquarters to attend the PDP’s Vice Presidential screening.

The governor was welcomed into the building with the words ‘congratulations’ by members of the party.

Okowa and Rivers State Governor, Nyesom Wike, are among the names being mentioned as Atiku’s likely running mates.