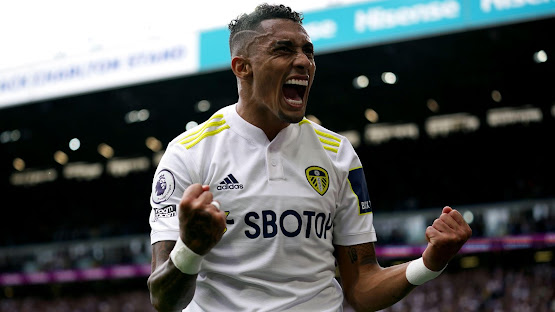 Arsenal are set to lose out in their bid to land Raphinha from Leeds United because they wasted time haggling over his player.

This is according to Sky Sports’ Melissa Reddy.

Reddy tweeted: “Leeds were confident of getting their valuation of £55m+ for Raphinha given the interest in him. Arsenal had a head start, but Chelsea have worked themselves into pole position by agreeing a fee rather than haggling.”

Raphinha, 25, has become one of the most wanted forwards in Europe.

Barcelona were long-time admirers, while Arsenal, Tottenham and Chelsea were also keen on the Brazilian.

Leeds were understood to be demanding a fee far in excess of £50m.

Arsenal were the first from the English clubs to test the waters, lodging a bid below £40m.

Chelsea on Tuesday stepped in to hijack the deal with an offer worth an initial £60m, potentially rising to £65m through add-ons, with the main part of the fee due to be paid up front and immediately.