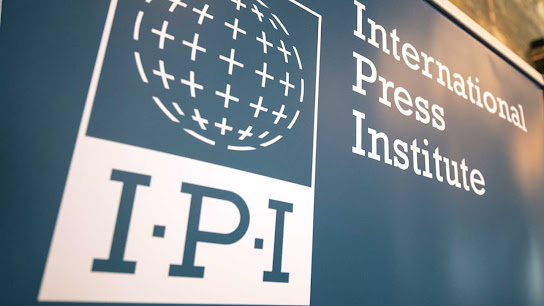 The International Press Institute (IPI) Nigeria has expressed concern over the arrest, detention and arraignment of publisher of WikkiTimes online newspaper, Mr. Haruna Mohammed and a reporter, Mr. Idris Kamal in Bauchi State by the State’s police command.

A statement by the Secretary, IPI Nigeria, Ahmed I. Shekarau, said the two journalists were recently arraigned before a magistrate court in Bauchi.

According to the statement, the journalists claimed that they were physically assaulted while in police custody.

They were charged with the offences of criminal conspiracy, defamation of character and cyber stalking.

However, IPI, in its statement said the charges are “not only unfortunate, but also show that the police are using bogus crimes with which to continue the harassment and intimidation of the journalists.

“Anyone who is aggrieved by any news item published by
WikkiTimes should seek redress in court instead of using the police or other security agents to harass the journalists”.

“IPI Nigeria demands the withdrawal and discontinuation of the vexatious charges filed against the two journalists with immediate effect.

“The body also called on the Inspector General of Police to call the Bauchi State police command to order,” it stated.