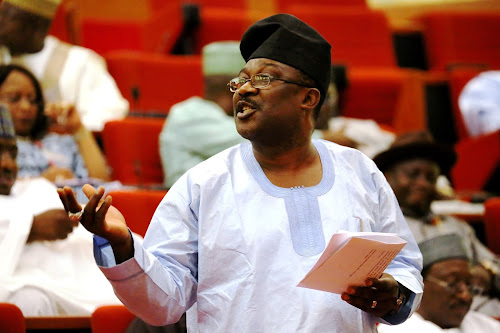 The Chairman of the Senate Committee on Aviation, Senator Smart Adeyemi has criticized the conduct of the All Progressives Congress, APC senatorial primaries held in Kogi State, describing it as a complete rape of democracy.

Speaking for the first time on the outcome of the primaries with journalists on Thursday in Abuja, a visibly displeased Senator Adeyemi alleged that the exercise was a daylight robbery on the contestants.

He alleged that the exercise was “neither free nor fair and was a complete rape of democracy, a day light robbery and an extremely manipulated exercise.”

The lawmaker representing Kogi West Senatorial District said: “Let me state unequivocally and without ambiguity, that the elections which took place on the 22nd of May, 2022 in Kogi State were neither free nor fair.

“It is on record that the list of delegates was changed twenty hours to the elections proper.”

Senator Adeyemi also alleged that “militants, armed men and unidentified thugs in their numbers” were deployed to the venue of the primary election for the purpose of intimidating contestants apart from the one anointed by the party at the state level.

“This was apart from authorized security agents who were present to observe the event and ensure law and order. We were surprised that those guys could be deployed to the election venue,” he said.

The lawmaker further alleged that “persons who were not from Kogi State were brought in to vote under extremely hostile environment.”

Senator Adeyemi, while lamenting the APC leadership foisted a serving commissioner as the returning officer for the exercise, who in turn compelled people to vote against their will, disclosed that he has since filed a petition to the national leadership of the party detailing his grievances.

He, however, disclosed that his electoral misfortune is linked to his unbending position on national issues, especially on the floor of the Senate.

“The accusation that I have stepped on toes by my position on contemporary national issues constitutes a major part of my many offences, and I have absolutely no regrets on the matter.

“If the hands of times are turned, I will stand in the same position, speak my mind, the minds of the common man on the streets and project only those values which I believe in. My antecedents speak for me,” he stressed.

The lawmaker, however, maintained that contrary to reports in sections of the media, he remains loyal to the state governor, Yahaya Bello.