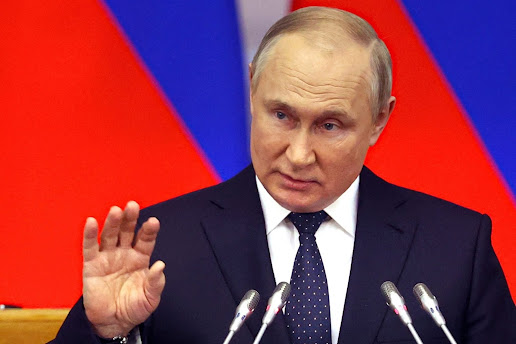 Britain has announced a fresh wave of sanctions targeting Russian President, Vladimir Putin’s allies, including officials involved in the “barbaric treatment of children in Ukraine.’’

Each had been dealt an asset freeze preventing them from dealing with British banks or businesses and a ban on flying to Britain.

Lvova-Belova has been accused of enabling 2,000 vulnerable children to be violently taken from the Donbas region for adoption in Russia.

The measures also applied to the head of the Russian Orthodox Church, Patriarch Kirill, who supported Putin’s war, and Sergey Savostyanov, the deputy of the Moscow City Duma.

Alexey Isaykin, president and board member of the Volga-Dnepr Group, a Russian transport company which had been tasked by President Putin to create air bridges carrying critical goods, had also been sanctioned.

Four colonels from the 64th Separate Motorised Rifle Brigade, a unit known to have killed, raped and tortured civilians in Bucha, were included in the sanctions list.

Also, members of the so-called ‘Salvation Committee for Peace and Order’ – an organisation collaborating with the Russian army to support the occupation of Kherson province.

Foreign Secretary, Liz Truss said the government would continue to level sanctions on supporters of the war until Ukraine succeeds.

Truss said, “Today we are targeting the enablers and perpetrators of Putin’s war who have brought untold suffering to Ukraine, including the forced transfer and adoption of children.

“We will not tire of defending freedom and democracy and keeping up the pressure on Putin until Ukraine succeeds.’’

Beyond Ukraine, the measures had also been imposed on Russians supplying aircraft parts to the Myanmar Armed Forces.

The Foreign, Commonwealth and Development Office (FCDO) has said this came after Amnesty International exposed the role of Russian arms in Myanmar.

And the new sanctions would limit the country’s military Junta, which was heavily reliant on Russian support.