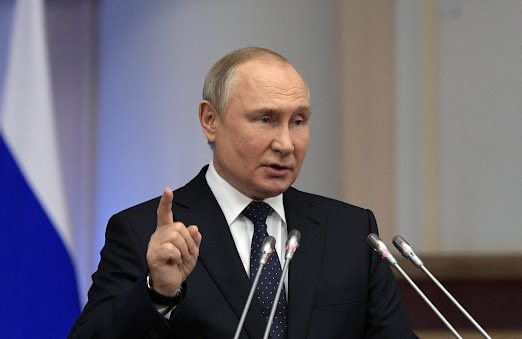 Russia’s President Vladimir Putin, has said that his troops did not launch the attack that killed many at a shopping centre in Kremenchuk, central Ukraine.

Addressing the press on Wednesday, Putin denied that Moscow was behind the strike.

“The Russian army does not attack any civilian site. We don’t have the need for this,” he said, according to CNN.

“We have every capability to detect specific locations; and thanks to our high-precious long-range weapons we are achieving our goals.”

The Russian leader spoke after a meeting of the “Caspian five” leaders —Russia, Azerbaijan, Iran, Kazakhstan and Turkmenistan — in Ashgabat.

Earlier, the Russian ministry of defence had blamed “the detonation of stored ammunition for Western weapons” for causing a fire in what it described as a “non-functioning” neighboring shopping mall.