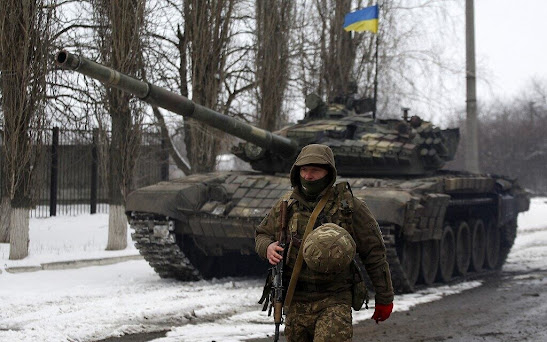 “The first case of the use of the American MLRS M142HIMARS, which was so advertised, was detected in the LPR today [Tuesday],” the spokesman for the People’s Militia of the self-declared Luhansk People’s Republic (LPR), Lieutenant Colonel Andrey Marochko said in an interview with state broadcaster Russia 1.

“At 7:20 a.m., from the direction of the settlement of Artemovsk [the Ukrainian side calls the city Bakhmut], there was a strike on Perevalsk,” he said.

“This is the deep rear,” he said, adding, “I also think this shows a lot right now, about what Ukraine is doing, because, firstly, we confirmed that these systems are in the Donbas.”

Pictures of the aftermath of the strike, posted by Russian affiliated accounts, showed the remains of what looked like a Western-made missile.

Commenting on the reports that Ukrainian forces had used the HIMARS to target Russian forces far from the front lines, the head of the Luhansk region military administration, Serhiy Hayday said: “There is good news in this regard, because warehouses and barracks with personnel explode and burn.”

“This may slow down their advance towards Lysychansk,” Hayday added without providing additional details on the strike.