As fear of insecurity grips Abuja, Reps embark on long holiday till September 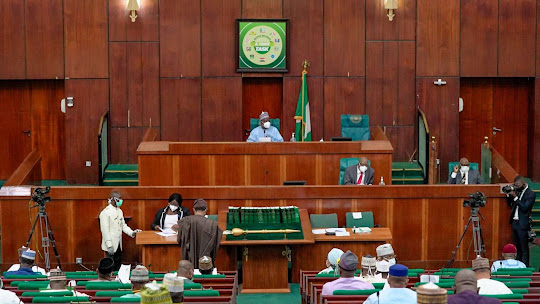 The House of Representatives has adjourned till September 20th to observe its annual long holiday.

The lawmakers adjourned the House on Wednesday after the plenary.

The holiday coincides with reports of a deteriorating security situation in the Federal Capital Territory.

It would be recalled that the city has witnessed a hike in attacks as terrorists attacked Kuje Prison, setting criminals and terrorists free.

Also, the government announced the shutdown of federal government colleges in the FCT.

Speaking after the announcement of the adjournment, the Minority Leader, Ndudi Elumelu urged his colleagues to stay away from the capital.

“I want to beg members, Abuja is no longer safe, please, if possible, go back to your constituency. The place is so insecure,” he said.

The Deputy Speaker, Ahmed Wase cautioned his colleague from making such a comment, noting that it could discourage investors from coming to Nigeria.

“I believe the minority leader, maybe was putting some jokes but I do not believe that it was a joke on the security in the lives and property of the people and by the grace of God Abuja is going to be secured.