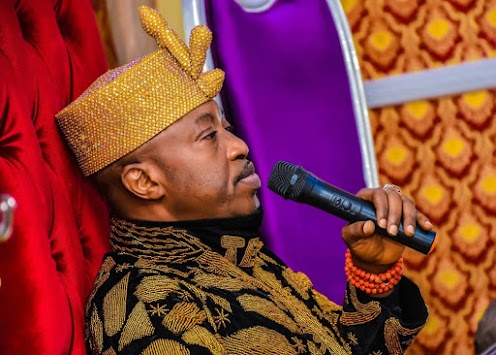 The proposed nationwide ban on motorcyclists by the Federal Government has been described as an anti-masses policy that could further provoke banditry and other forms of criminalities in the country.

This is as the Federal Government was advised to devise digital regulation of the commercial motorcyclists in place of an outright ban.

Making his position known, the Oluwo of Iwo, Oba Abdulrosheed Adewale Akanbi, in a statement made available by Alli Ibraheem, his Chief Press Secretary, noted that the ban will also heighten the unemployment already plaguing the country.

Oluwo, while acknowledging the danger it posed to Nigeria’s security, advised that commercial motorcyclists should be controlled for effective identification and monitoring.

The traditional ruler held that doing so would make identification of genuine members easy for disclosure of criminals using the service to constitute a threat to the security.

According to the Oba Akanbi, “Commercial motorcyclists service should be controlled for effective identification and monitoring of genuine members, for easy disclosure of criminals using the service to constitute threat to our security.

“Doing such will assist the security operatives in checkmating insecurity and fish out criminals using Okada to perpetrate evil.

“The service is essential most especially to areas of no motorable roads. Banning it will add to the hardship of commuters.”

He stated that unemployment, as a major factor leading to insecurity, has been overcome by the many unemployed graduates who have resorted to riding commercial motorcycles as a means of not engaging in social vices.

He stressed that not all commercial motorcyclists have criminal tendencies.