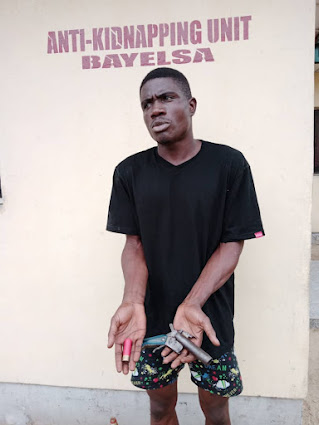 The arrested suspect who resides in Yenagoa, the state capital was arrested during a clearance operation at Otiotio Road, Yenagoa on 24th July 2022, at about 2345 hours.

The police recovered a locally made pistol loaded with one live cartridge from him.

The statement by the state Police Public Relations Officer, SP Asinim Butswat, said the suspect has confessed to the level of his involvement in various armed robbery cases by he and his cohorts, now at large.

The statement also noted investigations are ongoing to arrest his gang members and bring them to book.