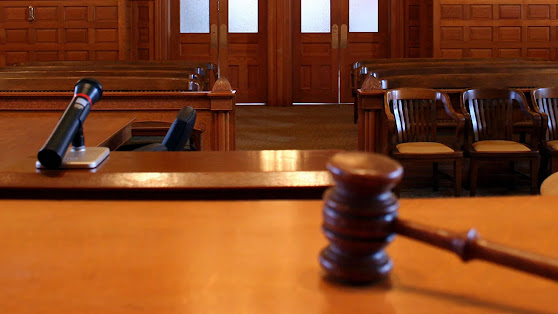 Two bank workers and four other suspects in Ibadan, the Oyo State capital, have been remanded at the Abolongo Correctional Centre in Oyo town.

The six suspects were remanded at the correctional centre following an order given by a Chief Magistrate Court in Iyaganku, Ibadan.

It was gathered on Wednesday that the six suspects were ordered to be kept in the correctional facility over an alleged foiled planned bank robbery.

Mr. Emmanuel Idowu, who is the Chief Magistrate, did not take the plea of the defendants due to lack of jurisdiction.

He then ordered their remand at the correctional facility.

Idowu added that the suspects would be kept at the correctional centre pending advice from the Oyo State Directorate of Public Prosecution (DPP).

He adjourned the matter till September 29, for mention.

It was learnt that the accused persons were charged with five counts bothering on conspiracy and armed robbery.

The accused persons were alleged to have planned an attack on Fidelity Bank, Mokola branch in Ibadan.

Police prosecutor, Iyabo Oladoyin, told the court that the defendants conspired to rob the bank.

She also alleged that the suspects were planning to carry out a robbery attack on another new generation bank within the Ibadan metropolis.

She added that the suspects were arrested at their hideout in June this year.

“The defendants were nabbed at their Agara Odo-Ona hideout along Akala Expressway, Ibadan, on Monday, June 13, at about 9: 00 p.m,” Oladoyin said.