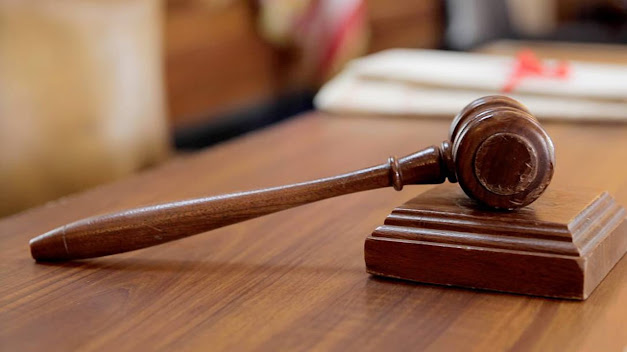 A Jos High Court has sentenced three young men to death by hanging or by lethal injection for killing one Joseph Gonsum on December 25th, 2015.

The sentence came after the trio was convicted on Friday last week on a two-count charge of conspiracy and culpable homicide.

The judge had adjourned until today for sentencing.

The convicts are; Terry Kefas, Samson James, and Emmanuel Jah.

The charges were read as follows: “Count 1. That you Terry Kefas, Samson James, Emmanuel Jah, and Patrick Nyam, on or about 25th day of December, 2015 at Gada Biyu in Jos North Local Government Area, within the Plateau Judicial Division agreed among yourselves to do an illegal act wit: Culpable Homicide punishable with death an act which was done pursuant to your agreement and you thereby committed an offence punishable under section 97 of the Penal Code, Cap 89, Laws of Northern Nigeria, 1963.

“Count 2: That you Terry Kefas, Samson James, Emmanuel Jah, and Patrick Nyam, on or about 25th day of December, 2015 at Gada Biyu in Jos North Local Government Area, within the Plateau Judicial Division did commit Culpable Homicide punishable with death in that you caused the death of one, Joseph Gonsum by stabbing him with a knife on his stomach with the knowledge that death would be the probable consequences of your act and you thereby committed an offence punishable under section 221 of the Penal Code, Cap 89, Laws of Northern Nigeria, 1963.”

DAILY POST recalls that the trial of the convicts commenced in 2016, but lasted this long due to incessant strike action by Judiciary staff and the COVID-19 pandemic.

The Prosecution had called five witnesses in connection with the matter.

The defendants testified on their behalf and thereafter, did not call any witnesses.

Justice Arum Ashom, while passing the sentence said that having convicted the defendants for finding them guilty for offences for which they were charged, which is “Conspiracy and Culpable Homicide” which is punishable with death, and in line with the provisions of section 114 of Administration of Criminal Justice Law 2018, each of the convicts was sentenced by the court to be “hang by the neck or be subjected to Lethal Injection until they are death”.

In his reaction after the sentence, Prosecution Counsel who is also the Assistant Director, Citizens Rights and Law Reform, Ministry of Justice Plateau State John Ishaku Mantu (Esq) expressed satisfaction with the judgment stressing that it was justice to the society.

According to him, “We have put-in our best to seeing that the matter was well prosecuted and we appreciate the court for seeing reason even with the witnesses that we presented to it and in the end, this matter was decided in favour of the state.

“They killed an innocent person and the law is trite in Culpable Homicide. Once there is a conviction, it is death, the mandatory sentence which must be given is death sentence”, he stressed.

Reacting to the sentence, Counsel for the defence, David Adudu (Esq) expressed dissatisfaction with the judgment.

Adudu said that in the course of the conviction, the judge found the defenders guilty of the offences with which they were charged (Conspiracy and Culpable Homicide) which is punishable with death.

“In view of that, he sentenced them based on the law. But as Counsel for the convicts, we are not satisfied with the judgment and intend to appeal the judgment at the Court of Appeal.

According to him, “We have just 30 days to file notice of Appeal and thereafter, make neccessary application for transmission of records to the Court of Appeal”.