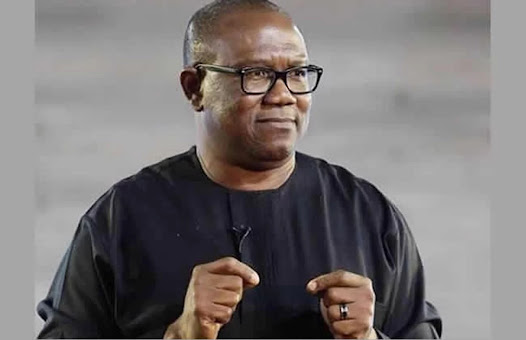 Dr. Peter Obi, the Presidential candidate of the Labour Party, LP, has responded to the suit filed before a Federal High Court in Abuja by the Peoples Democratic Party, PDP, seeking his disqualification from contesting for the 2023 election.

Obi, in his response, wants the court to dismiss the PDP suit seeking his disqualification for nominating his campaign manager, Doyin Okupe, as his placeholder.

Saga Gist reported last week that the PDP had approached the court, asking it to stop Obi from replacing Okupe as his running mate.

The main opposition party further requested the court to prevent Bola Ahmed Tinubu, the standard bearer of the ruling All Progressives Congress, APC, from replacing Kabiru Masari as his running mate.

The PDP prayed the Court to disqualify both men from contesting the 2023 presidential election if they replace Okupe and Masari as their running mates.

Both Obi and Tinubu have since replaced Okupe and Masari with Yusuf Baba-Ahmed and Kashim Shettima, respectively, as their substantive running mates.

Obi, who responded to the originating motion, via a notice of preliminary objection, dated July 18, through his lawyer, Alex Ejesieme (SAN), wants the Court to strike out or dismiss PDP’s suit “for want of requisite jurisdiction”.

The objection by Obi to the PDP’s prayers is based on four grounds.

“The plaintiff’s suit is speculative, conjectural in nature and devoid of hard facts, thereby divesting this court of jurisdiction to adjudicate over same,” read the first ground.

Next, Obi’s counsel said that the PDP “has not disclosed any reasonable cause of action to activate the jurisdiction” of the court.

Obi’s counsel added that the PDP’s suit “is not situated within the jurisdictional confines of the Federal High Court”.

“The plaintiff’s suit is a gross abuse of the court process,” Obi’s counsel added.