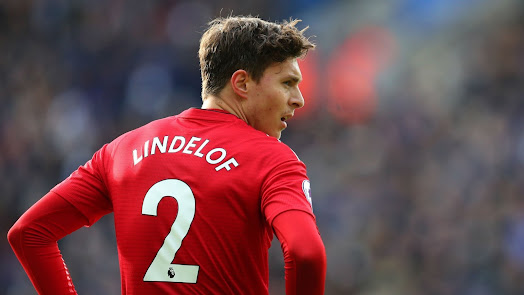 Manchester United defender, Victor Lindelof has said that he is calm and not nervous about the possible arrival of Lisandro Martinez from Ajax.

United boss, Erik ten Hag is eager to reinforce his defence this summer and has already signed Tyrell Malacia from Feyenoord.

Ajax have had two bids from United rejected for the Argentine, as they are said to be holding out for around £51m for the defender.

Martinez favours a move to Manchester United and is now reportedly ready to force through his move this week.

Having worked with Ten Hag at Ajax last season, Martinez would be expected to immediately come into the United fold and challenge for a first-team role.

While competition for places will be intense, Lindelof says he knows his worth and is ready to keep his place in the starting XI next season.

“I’m not a nervous person, I’m quite calm. I know what I can do on the pitch, I’ve been working very hard and that’s all I can focus on really,” Lindelof, who is with the rest of the team in Thailand, told reporters when asked if talk of Martinez’s arrival has left him unnerved.

“I’m always confident. At every club like this, there should be competition for places, that’s a very good thing,” he said.