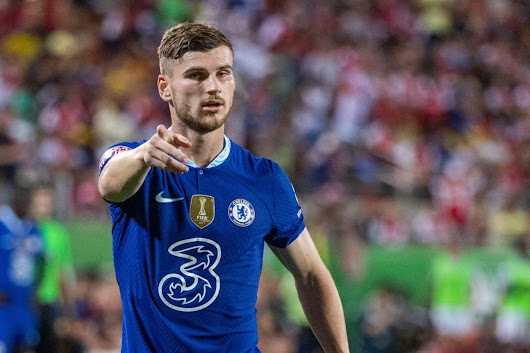 Chelsea forward Timo Werner has agreed to take a 50 per cent huge pay cut to return to Bundesliga side, RB Leipzig.

Bild reported that RB Leipzig is now working on an agreement with Chelsea and are exploring the possibility of signing Werner on an initial loan deal with an option to buy.

Werner has struggled to make an impact at Chelsea since joining the west London club from RB Leipzig for a £47.5 million deal in 2020.

The Germany international, who has scored 23 goals in 89 appearances for Chelsea, started just 15 games in the Premier League last season.

The 26-year-old is keen to get more playing time ahead of Germany’s 2022 FIFA World Cup campaign in Qatar later this year.

The report added that Werner is ready to return to RB Leipzig and would accept a 50 per cent pay cut to help push the move through.

Werner’s current deal with Chelsea is worth around £275,000 a week while the player has also attracted interest from Juventus.