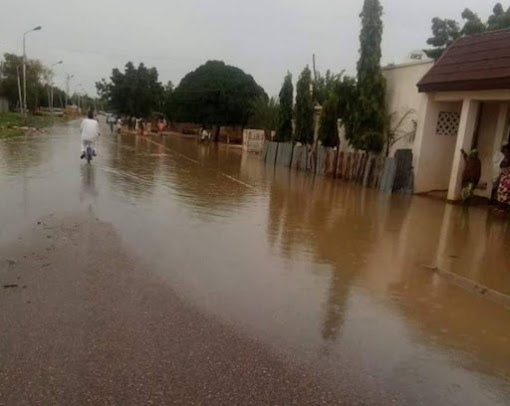 A resident said that the flood was a result of a heavy downpour which led to the overflow of the stream in the town.

He explained that the water found its way into the victim's houses and destroyed properties in the area.

The displaced families have moved to their relatives’ houses and other public buildings for shelter, he informed.

District Head of Balangu Ibrahim Suleiman confirmed the incident, saying the flood had destroyed many houses and properties worth millions of Naira were lost.

He also urged the governments and wealthy individuals to come to the rescue of the victims.

Meanwhile, Governor Muhammad Badaru Abubakar also sympathized with the victims, he reiterated the state government’s commitment to providing lasting solutions to the problem.

The governor said this through his special adviser on community inclusion Hamza Muhammad Hadejia.

He said the state government will construct township roads and drainages to overcome the yearly occurrences of the flood.