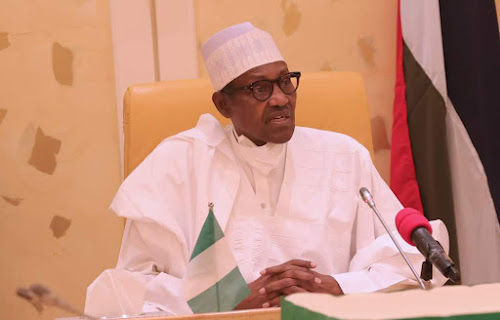 President Muhammadu Buhari on Friday extended his deep condolences to the government and people of Nasarawa State, after the demise of Bala Angbazo, the Aren Eggon and paramount ruler of Eggon.

In a statement by his spokesman, Garba Shehu, the President described the late Angbazo as an inspiration, not only to his Eggon community but to the country as a whole.

“Late Aren Eggon had always worked for peace in the community, the state, and the country. He served his community with courage and compassion.

“The whole country is proud of him. May the Almighty repose his soul.”

Saga Gist reports that Mr Bala Angbazo died at 89 after a long illness on July 13.

The paramount ruler was born in Wakama District, Nasarawa-Eggon Local Government Area of Nasarawa State in 1933.