Juventus’ ex-midfielder refuses to choose Ronaldo, Messi as he names ‘most skilful footballer’ 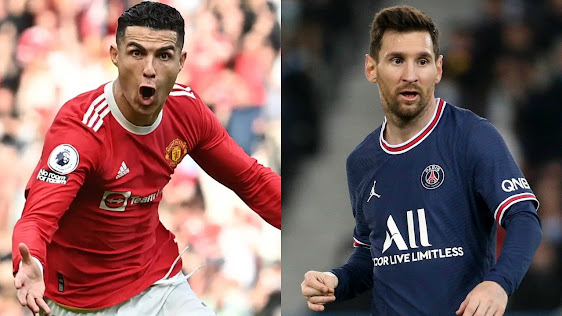 Many tout Ronaldo and Messi as the two greatest players in history, with the duo having forged incredible careers.

Their trophy cabinets speak for themselves and the pair have rivalled one another for the Ballon d’Or honour on several occasions.

Lionel Messi dazzles on the ball with quick feet and mesmerizing dribbling, whilst Cristiano Ronaldo’s agility and power is a sight to behold.

But neither of the legendary forwards are the most skilful players Appiah has come across, with the former Ghanaian captain choosing Nigerian legend Okocha.

Appiah was asked by Betway Ghana on Twitter: “Aside Ronaldinho, who’s the most skilled footballer you know?”

Okocha enjoyed a fine career which saw him appear for the likes of PSG, Fenerbahce and Bolton
Wanderers.

Okocha’s trickery wowed fans over the course of his career as he made 492 appearances, scoring 101 goals and creating 53 assists.

The 48-year-old was the top scorer at the 2004 African Cup of Nations and has an Olympic gold medal to his name.