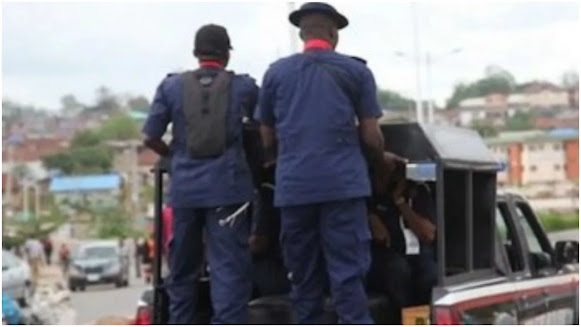 The three alleged thieves are Abifarin Sunday, (35) Taiwo Elijah (26), both residents of Oro, in the Irepodun Local Government Area of Kwara State and Wasiu Ismael (30) who resides in Ilorin metropolis.

The suspects including an ex-convict, released from prison a month ago, confessed to the crime during an interview with newsmen shortly after their parade.

Spokesman of the civil defence command, Ayeni Olasunkanmi, while parading the suspects at the Civil Defence headquarters in Ilorin disclosed that two of the machines were stolen in Oro town, while one was stolen in Ogbomoso.

He said the suspects were arrested following the theft of the motor bikes on July 15, 2022, after operatives trailed them and also recovered the three bikes.

Ayeni, disclosed that three other suspects were currently under investigation in connection with the alleged theft of the bikes.