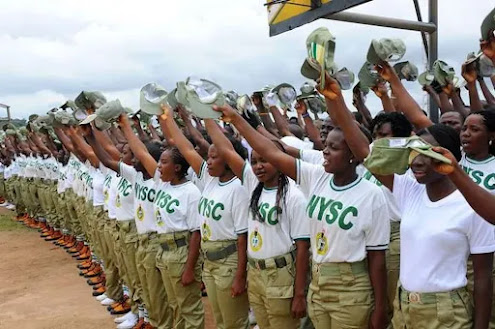 The National Youth Service Corps ( NYSC) has deployed a total of 1.600 Corps members to Bayelsa State for the 2022 Batch B, stream 2 corps for National service.

The NYSC DG, who was represented by the State Coordinator, Mr Muhammed Adamu Jiya, restated that as part of the objectives set up of the Corps, the purpose is to sustain the promotion of national unity and integration.

“As you are already aware, one of the major objectives of NYSC is the promotion of national unity and integration. This informed your deployment away from your state of origin and your assemblage here from diverse ethnic, religious and socio-economic backgrounds.”

“This policy will not only offer you the opportunity to broaden your understanding of the country but also entrench the culture of working together in an atmosphere filled with friendship, peace, harmony and a shared vision of a great and prosperous Nigeria. ”

He also enjoined them to sustain the high level of discipline and enthusiasm they have demonstrated especially by remaining compliant with the Camp rules and regulations.”

”You must continue to distance yourselves from cultism, drug abuse and other social vices. I also urge you to avoid using social media for spreading fake news, fueling hatred and other negative purposes and instead deploy the same for the promotion of national unity and development. And you are also strongly advised to be security conscious at all times, and to report any suspicious characters or activities around you to the appropriate authorities.”

The DG expressed appreciation of the Service Corps to the National Assembly for the passage of the NYSC Trust Fund bill into law as this will enhance the smooth operations of the scheme, especially by addressing the challenge of infrastructure, boost NYSC Skills Acquisition and Entrepreneurship Development ( SAED) programme and empower corps members for self – empowerment and wealth creation.

He appealed to all critical stakeholders to support the NYSC Health Initiative for Rural Dwellers ( HIRD) which is aimed at providing easier access to free and qualitative health care. He thanked the Federal, State and Local Governments as well as security, traditional rulers, Corps Employees and other stakeholders for putting the welfare and security of corps members as a top priority.

Justice Timipre Songi, representing Justice Kate Abiri, reminded them that the oath of allegiance taken was significant and expected to guide their conduct during and after their service year