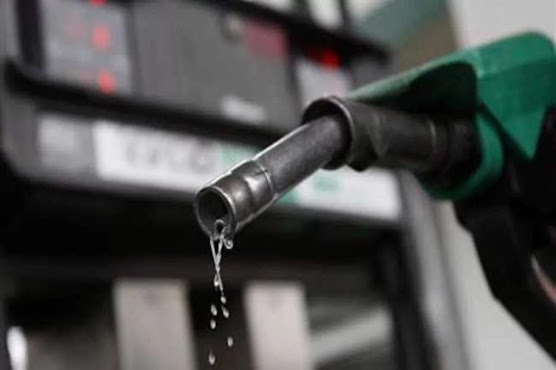 As other Nigerians buy the Petroleum Motor Spirit at the rate of N165 or thereabouts, there is a local government in Ogun State where an ordinary citizen pays as high as N300 to get one litre of petrol.

Recently, the price of petrol rose from the N165 per litre to around N180 to N200, causing long queues in filling stations.

Many Nigerians have been calling on the government to ensure the pump price remains at N165 per litre, but independent marketers have insisted that it will be a huge loss to sell fuel at the approved pump price.

In all of these, residents of Ipokia, Agosasa, Idiroko, Ajegunle, Ibatefin, Tube, Ijofin, and other communities in the Ipokia Local Government Area of Ogun State are buying the commodity for between N300 and N350 per litre.

It was gathered that when fuel was being sold at N165, the people of Ipokia Local Government were buying the product at N250.

“Now that other people buy fuel at N180 upward, we buy it at the rate of N300 and N350. That’s what the government of Muhammadu Buhari brought to us,” Ola Adeyemi told our correspondent in Idiroko.

The people of Ipokia said they were being “punished” by the Federal Government for being residents of the borders between Nigeria and the Benin Republic, saying “we don’t know it’s a crime that God brought us here.”

Saga Gist recalls that the Buhari administration in 2019 stopped the supply of fuel to filling stations in border communities.

This, they said, has since brought untold hardship as they travel many miles to get fuel for their vehicles, bikes, grinding machines, and power generators, especially when they have been forgotten by the electricity companies.

Though the president later permitted a few filling stations to dispense fuel in the area, the majority of those living in the border towns still go through hell to buy petrol.

For example, some of them said that they do go to Badagry in Lagos State to buy petrol.

“Most times, we will leave our villages to Badagry through the rivers in Zigi, Tafa, Akere, or Vawhe Hundo to buy fuel. Look at that nonsense! And when you’re coming back, law enforcement agents will start running after you as if you have carried contrabands. They will be acting as if Badagry and Ipokia are outside Nigeria.

“The law enforcement agents will be asking for money. On each keg, we pay between N100 and N200. If you don’t pay them, they seize your fuel. Is that normal?

“We are being treated as if we are not Nigerians. If we don’t go to Badagry, we follow the river in Ere to link Ado-Odo, just because we want to buy fuel. Many people cannot endure that hardship. The few of us who are courageous enough are now the black marketers. They will face difficulties to get fuel and resell to us at N300 or N350. If not for them, we won’t be having access to fuel at all.

“If you go to Owode to buy the fuel, it is either the law enforcement agents sieze it or they make you pay more than the cost of buying the fuel. We are suffering here. All thanks to the All Progressives Congress and President Buhari,” an okada rider, Saheed Ayilara, told our correspondent.

It was gathered that a number of lives and property have been lost in the struggle to get fuel.

Our findings reveal that many vehicles have caught fire on the road because they engage in transporting fuel from Owode to Idiroko.

Earlier this month, a young man coming from Babagry was burnt to death when his motorcycle fell and the petrol he was conveying spilled on the bike’s hot silencer.

“He was rushed to the General Hospital in Ipokia, but he finally gave up the ghost,” a source said in Ipokia.

Meanwhile, residents of Ipokia Local Government have appealed to the Federal Government to allow the supply of fuel in their areas the way it has reopened the border.

During the parade of some seized items in Idiroko recently, the Controller of the Nigeria Customs Service, Ogun 1 Area Command, Bamidele Makinde, said the Federal Government has not allowed the supply of petrol to all the filling stations within a 20km radius of the border.