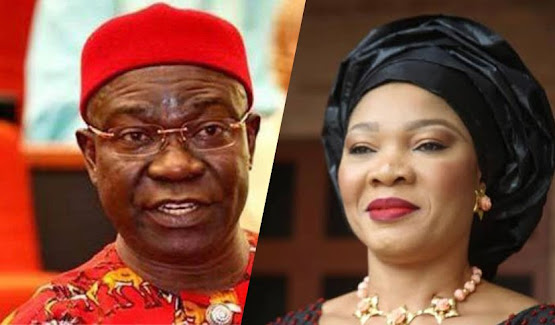 Ekweremadu and his wife were accused of trafficking a young Nigerian to the UK for the purpose of harvesting his kidney.

They were accused of plotting to traffic the 21-year-old to transplant his organs to their daughter who suffers from kidney failure.

Ekweremadu and his wife appeared at the Old Bailey for a bail hearing.

While the court denied Ekweremadu bail, that of his wife was granted.

The judge said: “The position is that I have granted bail to Beatrice subject to some fairly stringent conditions, but I have refused bail to Ike.”