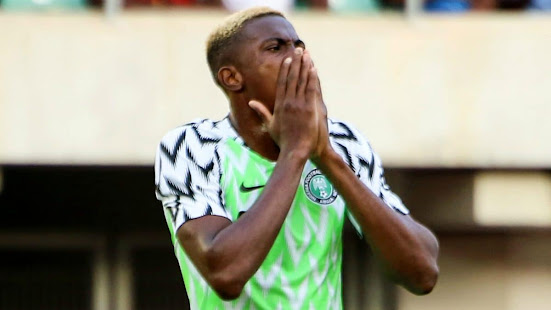 According to Lawal, Osimhen has a lot of work to do before he can be crowned as the best striker the country has produced.

Osimhen has scored 15 times in 22 appearances for the national team.

It has led to suggestions that he could break Yekini’s mark of 37, which he achieved in 62 games, to make him Nigeria’s all-time top scorer.

However, Lawal, who scored six goals in 67 appearances for Nigeria, told Pulse: “No, he [Osimhen] reminds me of Daniel [Amokachi] because he has that kind of power. You know, he never gives up. That’s one of his qualities that I like.

“For him, he is just starting. So, he has to play like four, five seasons for you to see whether he is the man or not, you know. So, he has a long, long way to go.