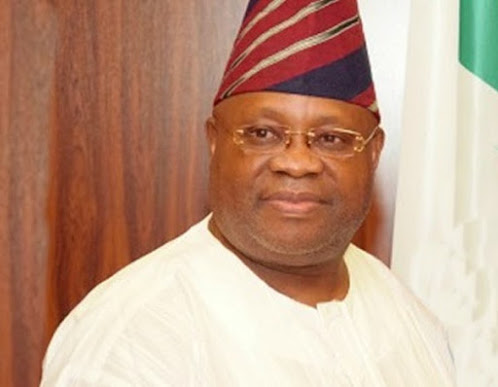 The Osun State Police Command has cautioned Ademola Adeleke, the governor-elect, his supporters and political associates to apply moderation in the way they are celebrating his victory in the just concluded Osun gubernatorial election.

Recall that Adeleke defeated the incumbent governor, Oyetola by scoring 403,371 votes, while the latter had 375,027 votes.

In a public announcement signed by Yemisi Opalola, the Command’s spokesperson, it also urged the victorious politicians to avoid hate or derogatory language that could spark up troubles or cause breach of the peace in the State.

The Command also maintained that caution became pertinent as hoodlums, criminals and thugs were likely to capitalize on the guise of celebration to hijack and perpetrate their nefarious acts and jeopardize the peace of the State.

“The CP, assured the citizens of adequate security and solicited for the cooperation of all and sundry to sustain the peaceful environment being enjoyed in the State,” he said.

While admonishing the people of the State to ensure a peaceful atmosphere at all times, the command warned that it still had a constitutional mandate to protect lives and property.

The command dismissed fears over the non-issuance of Certificate of Return to the winner of Saturday’s guber election and revealed that it had information that the governor-elect would be receiving it on Wednesday, July, 20, 2022.