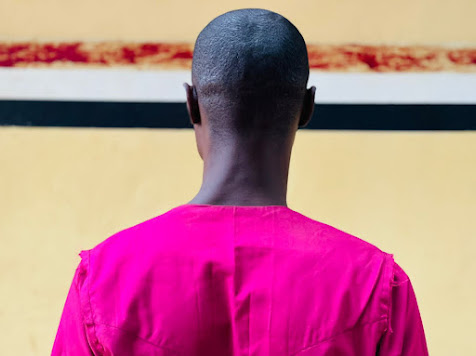 Awolumate Bola, a 40-year-old man from Oke Abesu, Osogbo, has been paraded by the Osun State Command of the Nigerian Security and Civil Defence Corps (NSCDC) for advance fee fraud, obtaining money by false pretence and impersonation.

The suspect, according to a statement by the Command spokesperson, Atanda Olabisi, was arrested by four members of the public on Monday, July 25, 2022.

Atanda said members of the public had lodged a complaint bothering on the above offences.

Atanda also stated that the suspect was paraded at the NSCDC state headquarters after he had volunteered a confessional statement confirming his culpability in the offences.

According to the statement, “The suspect Awolumate Bola confessed to impersonating a Nigerian Immigration Officer under the pretext of which he collected the sum of five hundred and seventy thousand naira (N570, 000) from the four complainants with a promise to secure visa to Norway and Saudi Arabia.

“He further promised to secure employment for one of the complainants.”

Atanda also stated that the Osun NSCDC Commandant, Sunday Agboola, revealed that the suspect, after thorough investigation, would be charged to court.

According to her, the action would serve as a deterrent to others.